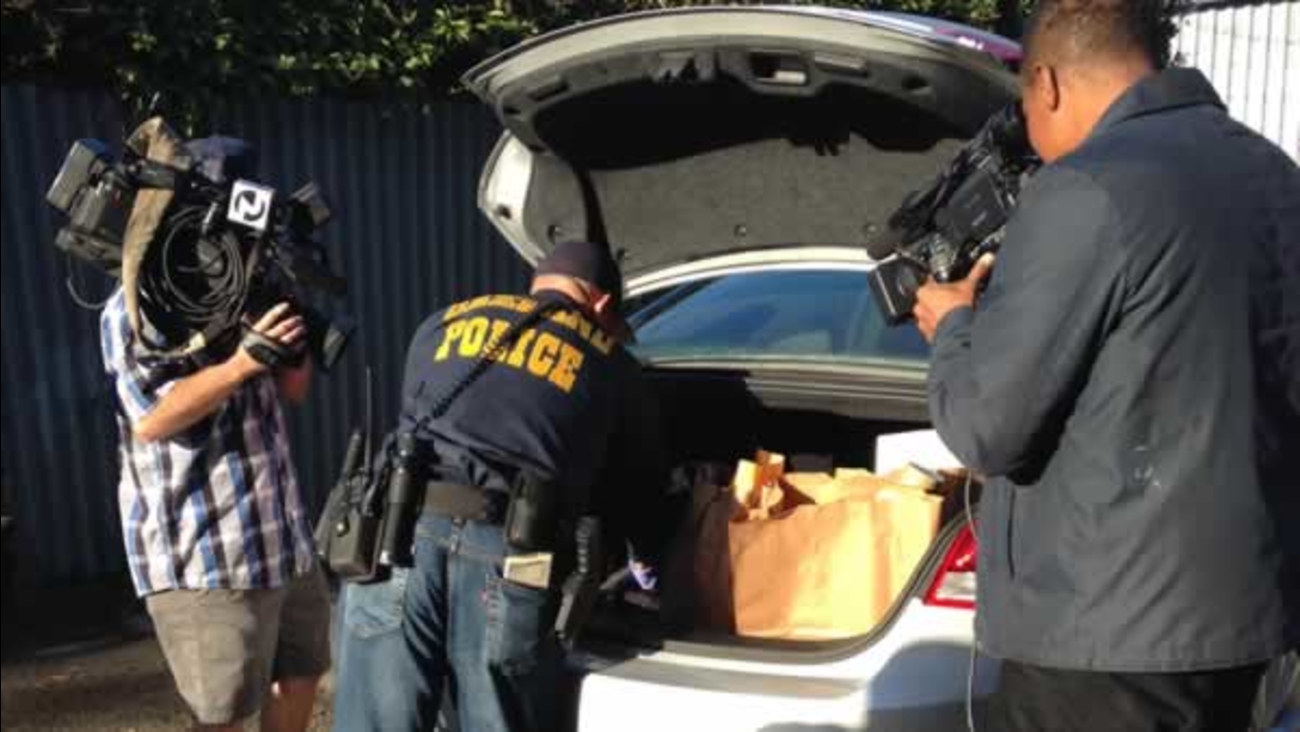 A multi-agency crackdown on a West Oakland, Calif. gang early Friday, October 2, 2015 resulted in the arrest of five people and the seizure of guns, drugs and cash, police said. (Oakland Police Dept.)

OAKLAND, Calif. -- A multi-agency crackdown on a violent West Oakland gang early Friday resulted in the arrest of five people and the seizure of guns, drugs and cash, police said.

Capt. Ersie Joyner said Oakland police, the FBI and police in Antioch, Vallejo and Sacramento served search warrants at multiple locations at 6 a.m. today that targeted members of the Ghosttown gang, which he said operates in West Oakland.

SWAT teams from the FBI's San Francisco and Sacramento officers participated in the raids as did SWAT teams from Oakland and Vallejo police, he said.

Joyner said the reputed gang members who were targeted today had been previously contacted as part of Operation Ceasefire, a strategy that Oakland started three years ago and involves police, prosecutors, community leaders and service providers meeting with alleged gang members to offer support and telling them that gun violence must stop.

Joyner, who is the program's commander, said the people who were targeted today refused to cooperate with authorities and turn their lives around.

He said police are trying to arrest more reputed gang members who are named in the search warrants but declined to specify how many are still at large.

Joyner said the site in West Oakland that was raided this morning was an apartment in the 2800 block of Filbert Street that's only half a block away from McClymonds High School.