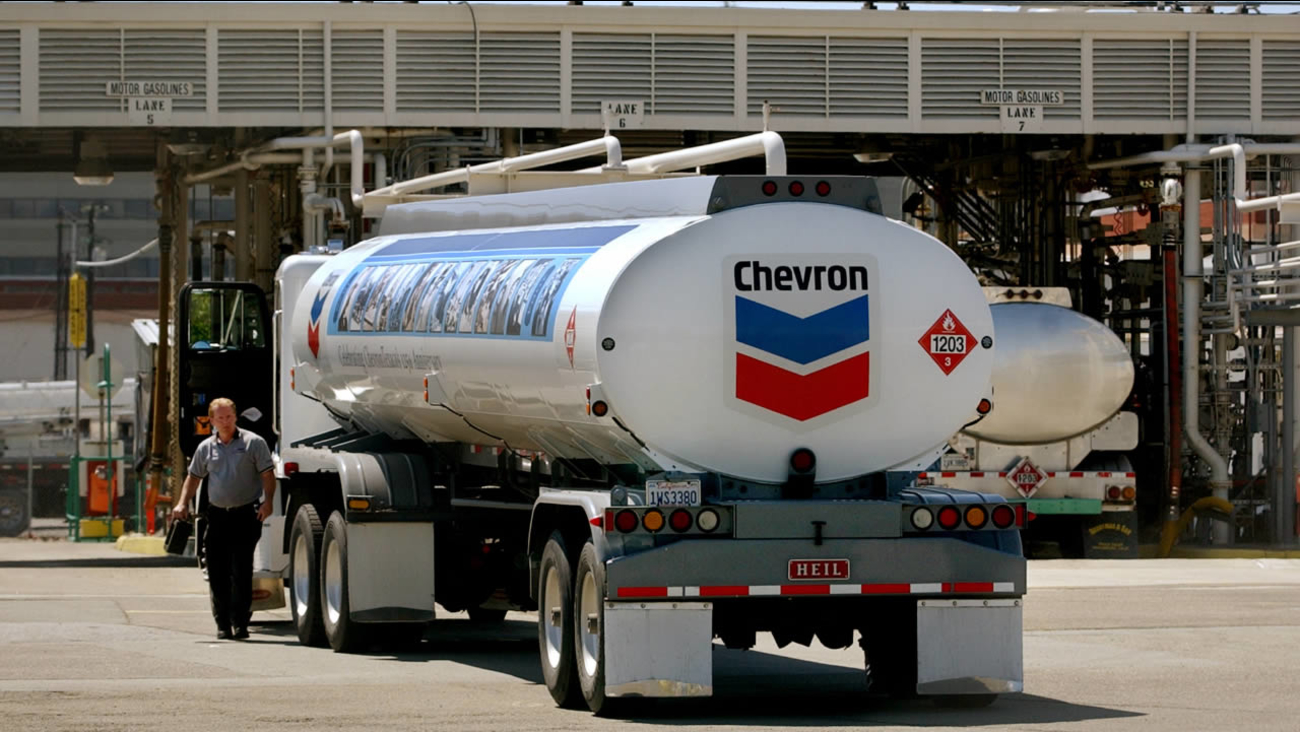 FILE: A Chevron tanker pulls into the Chevron refinery in Richmond, Calif. (AP)

Chevron and other energy companies have been hurt by falling oil prices. Several, including Chevron and Exxon Mobil, have announced plans to trim their spending and cut back on drilling. Oil prices have dropped as production continues to increase in the U.S., outweighing demand. Also Friday, Exxon Mobil Corp. said its profit dropped by half in the second quarter on sharply lower oil and gas prices around the world.

Chevron said it plans to cut costs to improve its financial results.