With high gas prices in the Bay Area, drivers could soon see lower prices since Newsom is pushing for winter-blend gasoline to be distributed now.

SAN FRANCISCO (KGO) -- This past Monday, gas prices in the Bay Area were over $6 a gallon. By Friday night, some prices shot up to almost $7 a gallon.

"It's nuts! You can't comprehend this," says Cyril Hackett, who lives in San Francisco. He was filling up his truck at a gas station in Emeryville.

He owns a construction company, so he doesn't have the option to not drive. His total to fill up was $140.

"This is the highest I have ever paid," says Hackett.

Jorge Navarret, who lives in Richmond, was filling up at the same gas station. He was headed to Gilroy. His bill was $82.00. He says he is frustrated with the increasing gas prices.

"I am, because I thought (prices were) going down, and all of a sudden it is going up again. I don't know what's going on," says Navarret.

Part of what's going on owes to recent maintenance issues at some California refineries, which is pushing up prices.

According to AAA, the price of gas in California per gallon is almost double the national average. Governor Gavin Newsom says greedy oil and gas companies are fleecing Californians.

"The degree of divergence from the national prices has never happened before. And oil companies provide no explanation. The fact is, they are ripping you off. Their record profits are coming at your expense," says Newsom in a video posted on Twitter.

Newsom is calling for a windfall tax on oil companies, which is a surtax on businesses with the purpose of redistributing excess profits.

The governor is also calling on state regulators to speed up the transition to cheaper winter-blend gas a month early.

California refiners are required to produce the summer-blend gasoline through October in most areas of the state. The winter blend is allowed to be distributed after Oct. 31.

It's cheaper to make and cheaper for consumers.

"This should immediately increase supply and result in saving - savings! - of up to 25 cents per gallon within the next two weeks," says Newsom.

The higher prices are also changing how and when people drive.

"When I go to work, I ride my bike because it is so expensive. It's ridiculous," says Gabriel Padilla, a San Leandro resident.

Kalyn Clayton who lives in Emeryville says she doesn't drive to work everyday because of the gas prices.

Inflation cools much more than expected in October 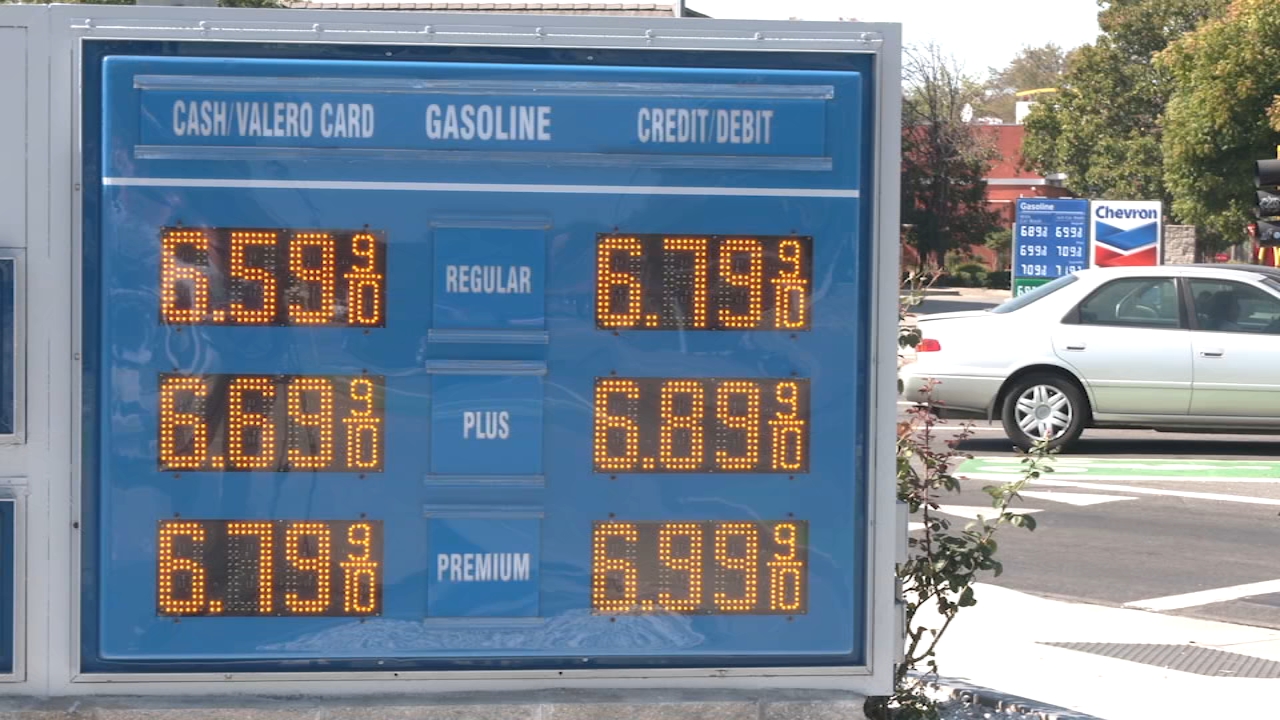 Why are gas prices so high in California?