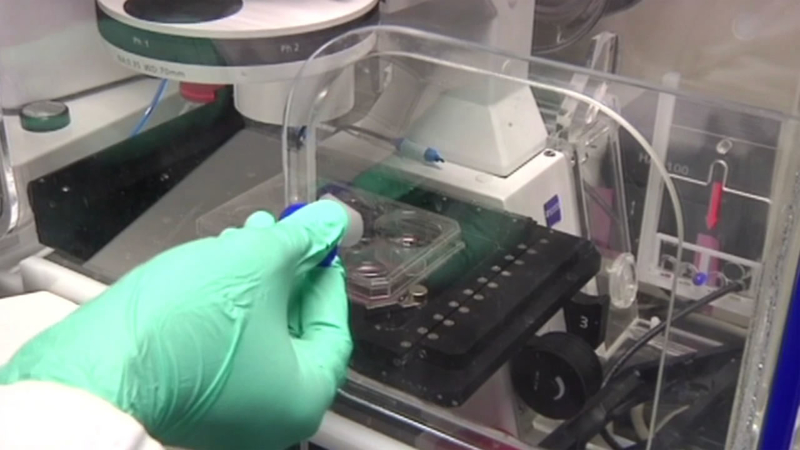 SAN FRANCISCO (KGO) -- Millions of Americans with heart failure now rely on drugs, surgery, or in extreme cases a heart transplant to stay alive. Some researchers are investigating whether there's a way to rejuvenate a failing heart instead of replacing it.

For the last several years, Deepak Srivastava, M.D. and his team at San Francisco's Gladstone Institutes have been using stem cells to create living heart tissue in a lab. Using those cells to bolster damaged hearts proved difficult in animal testing.

"We've found we've have trouble in getting those to survive when we put them in," Srivastava said.

But now, the Gladstone team has turned to a new technique that's already showing early success. Instead of introducing new cells from the lab, they're harnessing the power of healthy cells inside the heart.

First, it helps to understand that the heart is made up of two kinds of cells, muscle cells which cause it to beat, and fybroblasts, which act like scaffolding to support the muscle cells and also form scar tissue when the heart's damaged.
In a breakthrough discovery, the Gladstone team isolated three genes that can turn fybroblasts into muscle cells.

"A heart muscle cell that not only beats, but also, could electrically couple with the neighboring cells that are already muscle, and all beat in synchrony," said Srivastava.

He says injecting the genes into mouse hearts caused them to rejuvenate and begin beating stronger. The team has now begun testing the same technique in larger animals, with hearts similar to humans. If it proves safe and effective, he believes the team could be just several years away from human testing in patients already scheduled for heart transplants.

"Recover that heart when they get a new one, and make sure we're doing exactly what we thought we were doing and make sure its safe," he said.

And if the team is successful, potentially usher in a new era of gene therapy, that allows the human heart to heal itself.