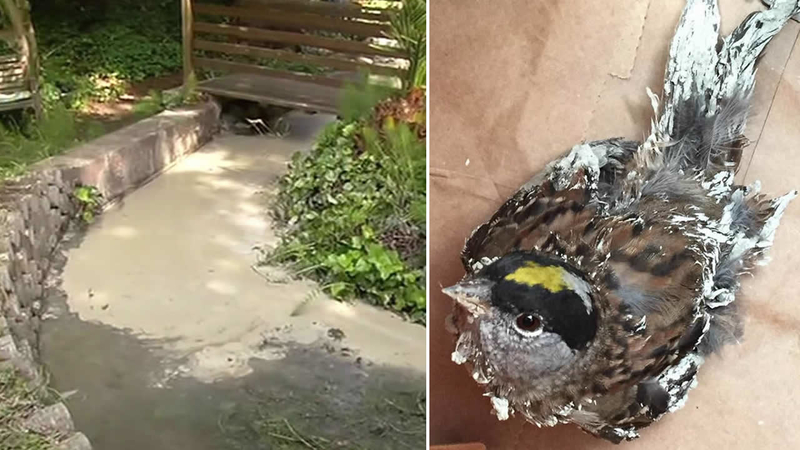 OAKLAND, Calif. (KGO) -- Substantial environmental damage. That's how state wildlife officials describe the result of a mistake by the East Bay Municipal Utility District on Wednesday morning. A creek in the Oakland Hills is no longer flowing because it's now filled with tons of cement.

On Thursday morning, the creek was a waterfall of flowing liquid. By the evening, the water had been pumped out and all that was left behind was a mixture of lightweight cement mixed with water and foam. It was meant to block an old pipe, not to foul a creek.

"For about a stretch of 1000 feet, we found a fine silty layer of this cement material. So that has now been included in the area that we will be cleaning up," EBMUD spokesperson Abby Figueroa said.

"It entered a storm drain which comes to the top of our property, up at the 16th tee box," Steve Shaw, the general manager of the Claremont Country Club, said. "It's unfortunate. I'm concerned. But I think all parties involved are out today in full force and are taking the measures and steps to take care of it."

For now, golfers are free to play, but depending on cleanup, certain holes could be off limits in the coming days. 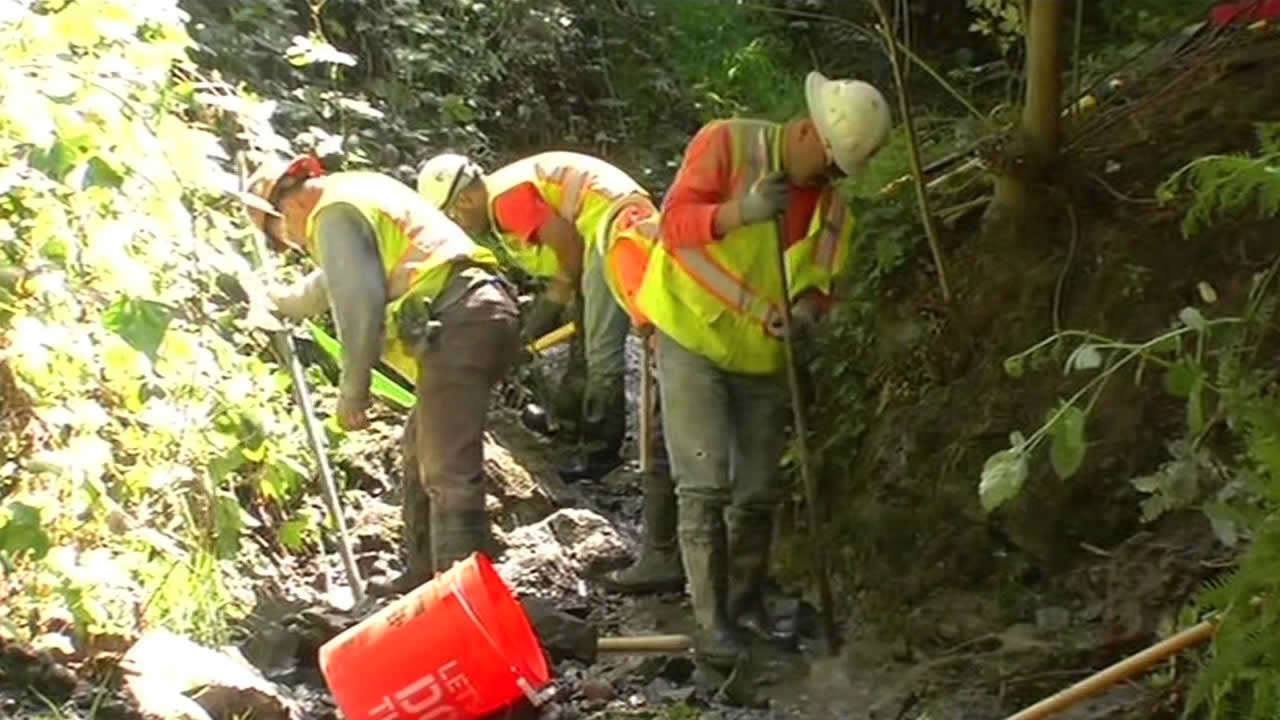 A sparrow that was found dead just a few dozen yards from the contaminated creek clearly never had a chance.

"So we have had cleanup crews out here shoveling and sucking out this goop that's in the creek right now," said Figueroa. They'll be here for at least another day and a half for the initial cleanup. And then after that, there's more to come. We'll have to restore this creek."

A subcontractor pumped the cement into the pipe, but it was up to an EBMUD inspector to make sure all the valves were closed.

"Righty tighty lefty loosey, it's the other way on some of our valves," said an EBMUD official.

As it turned out, one that is nonstandard was left open.

Once the initial cleanup is done and as much cement pumped out as possible, the long-term work to restore the once pristine waterway will begin.

"It's not going to be tomorrow, not next week, not next month," said California Department of Fish and Wildlife spokesperson Andrew Hughan. "Probably several months to a year to get this cleaned up."

He went on to say, "Every bug and plant in this half mile stretch is going to be killed."

"I think they're doing the best they can to clean it up, so that's all I can say," said resident Robin El-Barda. "Human beings impact the environment, no matter where we are."

In the meantime, crews believe they have stopped the flow of cement downstream to Glen Echo Creek, which runs into Lake Merritt.

This Golden Crown sparrow was just found by a worker at the cement spill on a branch of Glen Echo Creek. #mapit pic.twitter.com/2zGNNrRPNv

The cement-laden bird seems to be doing okay. He's on his way to Lindsay Wildlife. Only contaminated 1 found so far. pic.twitter.com/4ZBLQd8or0

CA Fish & Wildlife says it could be "months or years" before an Oakland creek is restored after cement spill.#mapit pic.twitter.com/wkfr00uQfB

This little guy appears to be a casualty of the EBMUD cement spill. Found not far from contaminated creek.#mapit pic.twitter.com/fMRpRbuIRx

CA Fish & Wildlife: "A half mile of creek virtually dead" due to cement spill but "watershed does recover." #mapit pic.twitter.com/M0aPUQYzc3

Lindsay Wildlife Museum reports that sparrow found coated in cement had to be euthanized. Two birds dead after spill. pic.twitter.com/BFW5ryukSM