The Golden State Warriors were back on home court for the first time this preseason on Sunday night, in a game against the Lakers.

SAN FRANCISCO (KGO) -- Defending NBA champs, the Golden State Warriors, along with their fans, were back on home court for the first time this preseason on Sunday night, in a game against the Los Angeles Lakers.

"This is our first time at the Chase Center, so we are super excited to bring the boys. We have been following the Warriors for forever!" said Derek Fung, who lives in San Carlos. He came out with his wife and two young sons.

But before the season starts, Dub Nation is dealing with the fallout from a leaked video showing Warriors star forward, Draymond Green, punching teammate Jordan Poole.

"After the finals, maybe there are some conversations about how the team should be run. Passions run high. We just hope that everything works out and they get together. We are all supporting the team," Fung said.

RELATED: Draymond Green taking time away from Warriors after punch

Green has since apologized to the team, Poole and Poole's family. He says he is taking time away from the team.

"For me that is the task at hand, to rebuild trust in our locker room," Green said at a press conference on Saturday.

But it all comes with mixed reactions from fans.

"There is no audio to (the video). You don't know what was going on. I just thought that it really could have been handled way differently by Draymond," said Juan Marinas, who lives in San Leandro.

Many fans like Marinas suggest that a lengthy suspension likely won't serve as further repentance.

The NBA is a multi-billion dollar business. The team -- and fans -- want wins.

"I think that team is going to take that into consideration: would you rather lose a little bit more games and teach Draymond a lesson -- which he won't probably won't learn? Because, that's just the guy he is. Or, just keep him in there and have the the two talk it out, and then win a little bit more games," Marinas said.

But others argue that too often athletes just get a slap on wrist for bad behavior. They want more than just an apology.

"Suspend him for the home game when they do all the awards ceremony," said Leslie Yotseya, who lives in Alameda.

Warriors fan Robbin Hayes, who has her hair dyed Warriors blue, says by excluding Green, it would send a message.

"It says that it is not ok. This is a big award that you achieved and you don't get to be a part of that," Hayes said.

"I feel like we have seen this behavior over and over again. Draymond just can't control his emotions. It's been frustrating as a fan. I remember driving from San Jose in 2016, and knowing that he got suspended and it cost us the finals," said Hamza Chowdhry.

Chowdhry says it's time to think about future. He believes Poole could be the face of the franchise of the future. Chowdhry says the Warriors must support the next generation.

"We got a lot of exciting new talent with the young team, and I really just felt like Draymond's actions kind of took us back a few steps," said Chowdhry. "And as a leader of the team, it's kind of like, you lose confidence in your leader. That could really destroy the team internally."

The Warriors, minus Green, lost on Sunday. They fall to 2-1 this preseason. 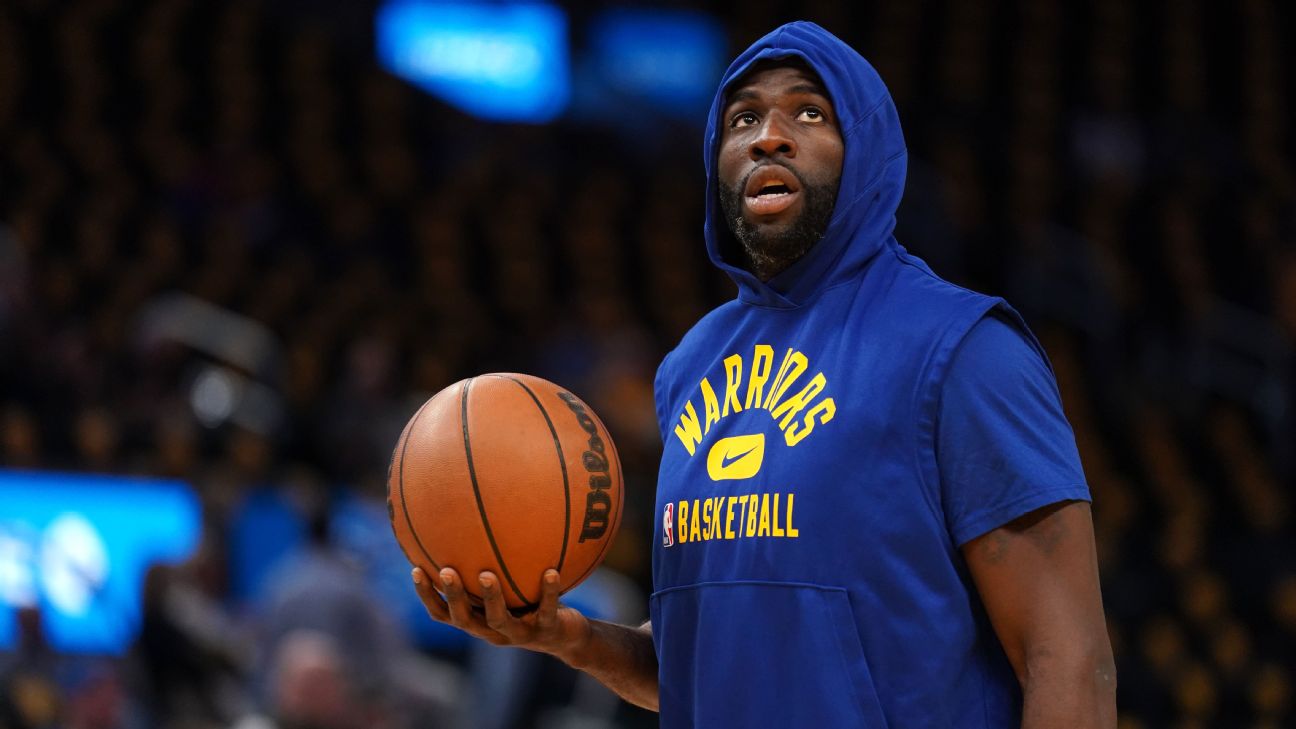