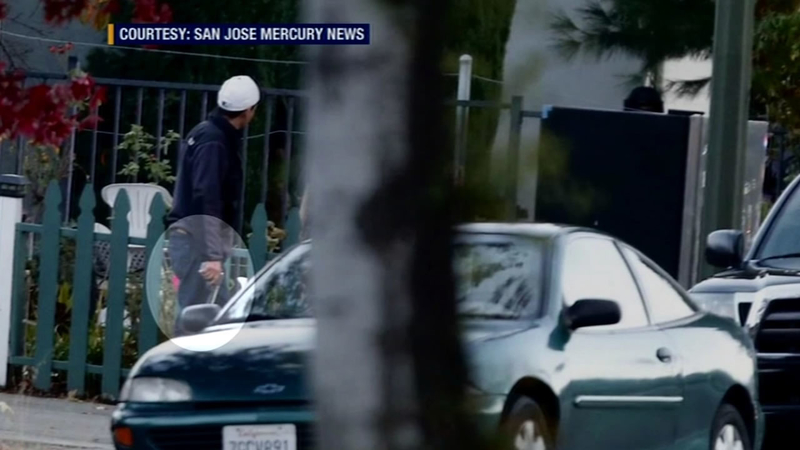 SAN JOSE, Calif. (KGO) -- A hostage situation in South San Jose ended after a neighborhood was locked down for hours Monday night.

The standoff ended violently after police tried to negotiate a peaceful surrender. The incident unfolded as dusk set in near the intersection of Camden and Wyrick avenues, just north of Highway 85.

.@SanJosePD says gunfire was exchanged w/hostage suspect after he exited the home with a gun. pic.twitter.com/vk6b5veu7p

Dozens of officers descended on area where they say a gunman was holed up inside a home with a female hostage. The incident began at around 2:15 p.m. when the gunman fired two shots into the ground before taking the woman by force.

"It felt like a war zone, there was shooting. Police were in our backyard for a while too, so it was kind of scary," said Quintana said.

Three hours later, more gunshots after the suspect decided to walk out of the house with a gun in his hand. Officers were ready.

"The suspect was armed with at least one handgun, at which point shots were fired, the suspect was pronounced deceased at the scene," said San Jose police Officer Albert Morales.

As for the female hostage, a source says she did not survive. Officers found her inside the home. Investigators aren't yet releasing what her relationship was to the suspect.

For neighbors, all of this has been quite a shock.

.@SanJosePD officer who was injured in shooting w/hostage suspect is said to be okay. Non-life threatening injuries.

"I moved away from a bad area so I wouldn't be around that kind of stuff," said one neighbor.