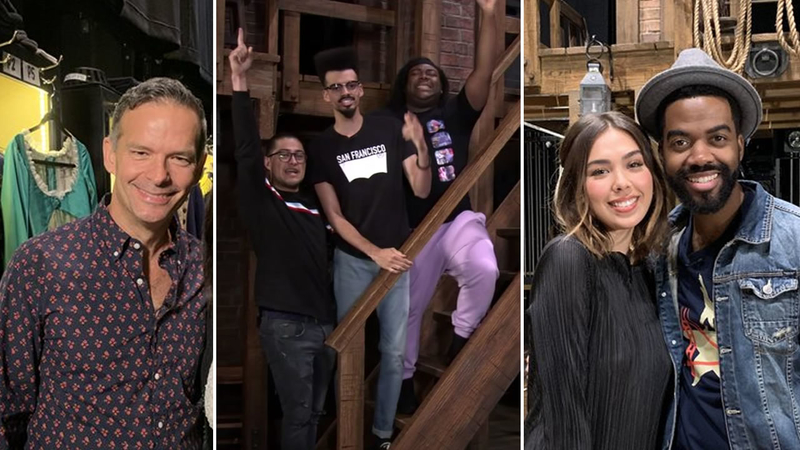 The groundbreaking musical written by Lin Manuel-Miranda about Alexander Hamilton is playing at SHN's Orpheum Theatre through January 2020.

ABC7's Midday Live! team caught up with the stars of the San Francisco production to ask about their experiences, check out the costumes and have a little fun.

Julius Thomas III, who plays Alexander Hamilton, told us at first, he didn't think he was right for the role of Hamilton. "I knew in my heart of hearts that I was an Aaron Burr."

Julia K. Harriman, who plays Alexander Hamilton's wife, Eliza Hamilton, shared how important "Hamilton" is to minority actors who are trying to get roles on Broadway.

Next we went backstage with Rick Negron, who plays King George III, and check out the costumes.

Then we put cast members Simon Longnight, Ruben J. Carbajal and Brandon Louis Armstrong's history smarts to the test with a trivia game about the founding fathers.

Watch the full interviews in the media player above.