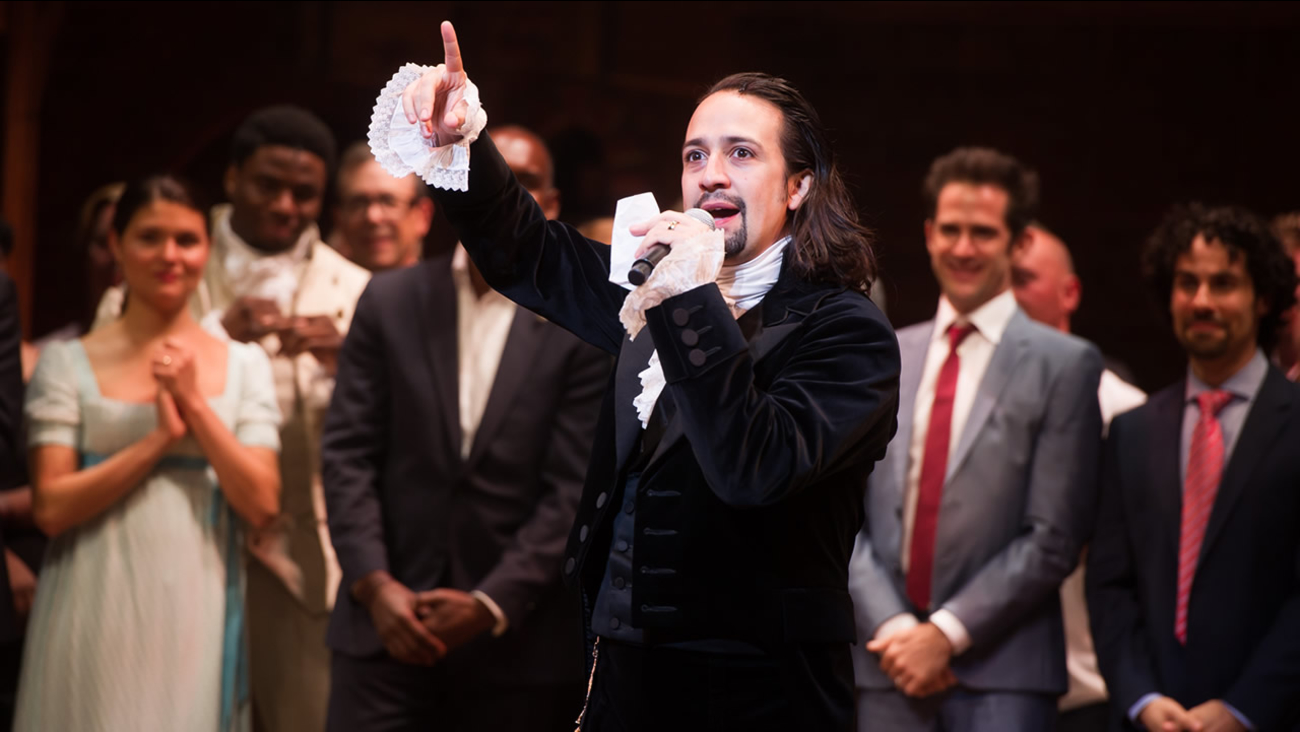 Lin-Manuel Miranda appears at the curtain call following the opening night performance of "Hamilton" at the Richard Rodgers Theatre on Thursday, Aug. 6, 2015, in New York. (Photo by Charles Sykes/Invision/AP)

SAN FRANCISCO -- The mega-hit Broadway show "Hamilton" will hit the road, with stops in San Francisco and Los Angeles planned for 2017.

Producers said Tuesday that performances will begin in March at the SHN Orpheum Theatre in San Francisco and then at the Hollywood Pantages starting in August.

The show previously promised it will open a production in Chicago on Sept. 27 at the newly named The PrivateBank Theatre.

Written by Lin-Manuel Miranda, the musical tells the true story of Alexander Hamilton, a Founding Father and the nation's first treasury secretary.

It is told by a young African-American and Latino cast and has become a sensation like few Broadway shows. It has a varied score that ranges from pop ballads to sexy R&B to rap battles.