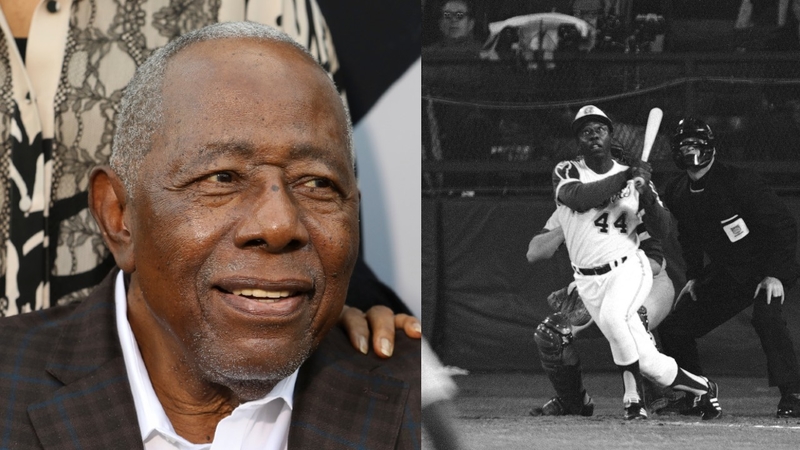 The Bay Area sports world took to social media when Aaron's death was announced to remember and honor the Hall of Famer.

"I am very sad today to hear about the passing of Hank Aaron. Hank was a great ballplayer who played hard every day and accomplished so much on and off the field. Although we were never teammates, we played in many All-Star Games together and I enjoyed our friendship over the years."

"He was a very humble and quiet man and just simply a good guy. I have so many fond memories of Hank and will miss him very much."

Bonds thanked Aaron for everything he ever taught him and "being trailblazer through adversity."

The San Francisco Giants tweeted Friday calling Aaron "a legend on and off the field."

A legend on and off the field.

The #SFGiants join the rest of the @MLB community in mourning the passing of Hank Aaron. We extend our condolences to his family & loved ones. pic.twitter.com/l8QGuO1Squ

The Oakland A's also took to Twitter writing the "baseball world has lost one of its icons today."

The baseball world has lost one of its icons today with the passing of Hank Aaron, but his legacy on the field and in the community will endure. We join the sports world in mourning one of the all-time greats, and our hearts go out to his loved ones during this difficult time. pic.twitter.com/KoUPUGPvBX