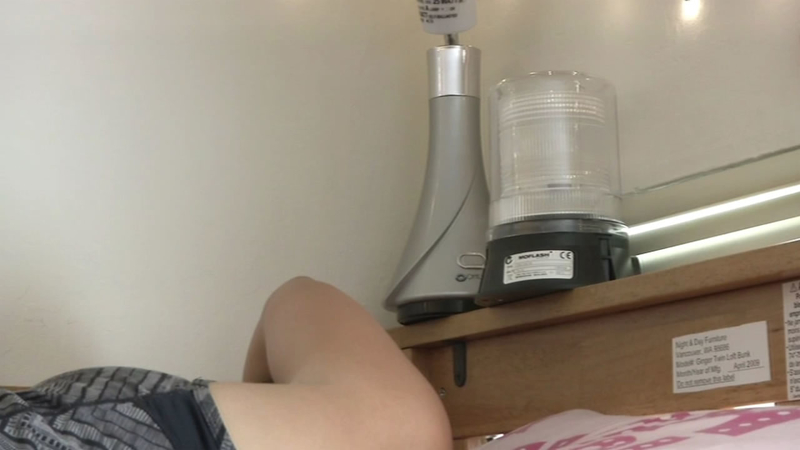 PALO ALTO, Calif. (KGO) -- For millions of Americans working the late-night shift, adjusting their sleep cycle can be a frustrating challenge, often leaving them dangerously drowsy if they have to shift back and forth to day-light hours.

"The Holy Grail on all of this is trying to fix things for shift workers," Stanford sleep researcher Dr. Jamie Zeitzer said.

RELATED: Light may be able to improve sleep for teens


In an earlier report we showed you the prototype of a mask Zeitzer's team developed to fool the sleeping brain into thinking it's seeing daylight. The brain reacts to the flashing light by shifting the person's body clock. In a recent study at the Palo Alto V/A, Zeitzer and his team worked to find the most effective timing for the flashes.

"We basically thought that more flashes, you would get a larger response. And it's actually not what we found. We found a very strange relationship where, at one flash every ten seconds, we got the biggest effect," Zeitzer said.

Using the mask for about an hour, the team was able to shift sleep cycles by about two to three hours. That amount of shift could have benefits for travelers, potentially erasing jet lag on a cross country trip. But it probably wouldn't be enough to compensate for a worker shifting back and forth from an overnight schedule

But Zeitzer believes a more dramatic shift might be possible. In experiments, using the flashing light therapy over a longer period of time, researchers were able to extend the shift in a person's body clock.

"You can get twelve hour changes in timing if you give three days of very specifically timed light," he said.

Zeitzer said the early data suggests that prompting longer shifts in the sleep cycle does not appear to produce any serious side effects. Still he said more research needs to be done to see if it would be a practical solution millions of Americans forced to sacrifice sleep, for work.