SAN MATEO, Calif. (KGO) -- After the discovery of the first six cases of the B.1.1.7 variant in the Bay Area, researchers predict it will quickly become more prevalent.

"I would expect in the next couple of weeks you'll see it become the predominant strain," said James Lu, President and Co-Founder of Helix, a San Mateo-based genomic sequencing company.

He said, that prediction doesn't apply to the whole country, rather to parts of California and Florida where B.1.1.7 has been spreading.

In December, his company partnered with Illumina through a contract with the CDC to begin "genetic surveillance" of coronavirus samples across the country.

They have recently created an online dashboard that is updated several times a week with their data.

Most of the B.1.1.7 cases so far have been found in Southern California

"We don't see as much in the Bay Area yet. But given the amount of traffic between the two regions, it's only a matter of time," said Lu, before the highly contagious variant makes an impact.

The first six B.1.1.7 cases in the Bay Area were all found in Alameda County. Two of them were students at UC Berkeley, according to Stacia Wyman, Senior Genomic Researcher at the Innovative Genomics Institute.

"The two cases on campus were travel-related," said Wyman. "They had traveled abroad, then brought it back."

The other four cases appear to be unrelated, said Wyman, suggesting the variant is already actively spreading in the community.

The Innovative Genomics Institute is a non-profit research institute at UC Berkeley that has been analyzing tests from the campus and the community since the pandemic began.

While those were the first two B.1.1.7 variants she found, Wyman said the new California variant has become present in nearly a third of their tests.

"We see that in 30 percent of the cases that we sequence," she said of the California variant. "That's quite concerning."

She said her lab is working with Dr. Charles Chiu at UCSF to perform a study to answer that question.

Her research has also discovered a case of re-infection.

"The first occurrence was in the summer and the second was in January," said Wyman.

She was able to test both samples, confirming the person had contracted two different variants of the virus, the second case being the California variant.

"I know they were symptomatic both times," said Wyman.

In the meantime, she urges vigilance in mask-wearing and social distancing.

"The most important thing now is to keep the levels of coronavirus in the population as low as possible to give the vaccine a chance to work," said Wyman.


Having trouble loading the tracker above? Click here to open it in a new window.
VACCINE TRACKER: How California is doing, when you can get a coronavirus vaccine
RELATED STORIES & VIDEOS:

CA to only get 12% of J&J vaccine allotment next week
Parents, students excited for SFUSD schools to reopen 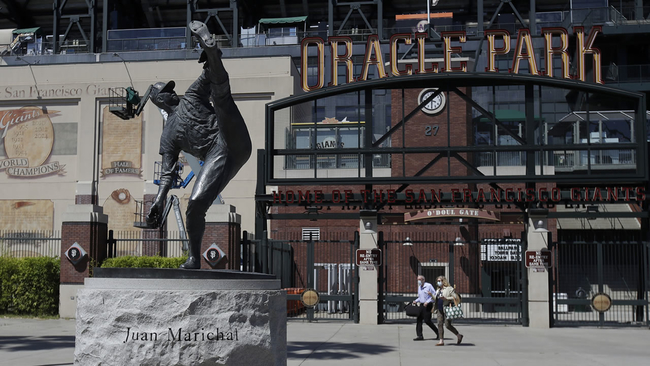