PINEHURST, N.C. -- A Fort Bragg Green Beret soldier who fought for our country is now fighting cancer and the government.

Sgt. First Class Richard Stayskal has stage four lung cancer and it's a diagnosis he says should have been caught earlier but was missed by military doctors.

"I went six months without being treated, six months of nothing being done to me a tumor just growing," he told ABC11.

Besides battling cancer, the 37-year-old is also battling to change a law that dates to 1950 known as the Feres Doctrine. It's a doctrine that prevents active duty military from suing the government for malpractice.

Stayskal says a medical mistake by a military doctor will cost him his life. He says his fight could not only help him and his family but also so many other military families.

"We've answered all of the calls that the country has asked of us," he said. "I'm not asking for extra treatment just the same treatment, the same right and the same laws as everybody else." 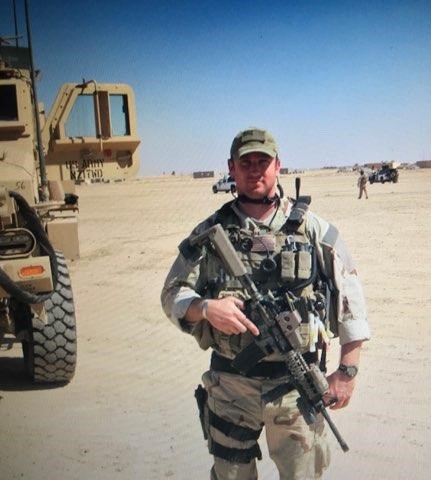 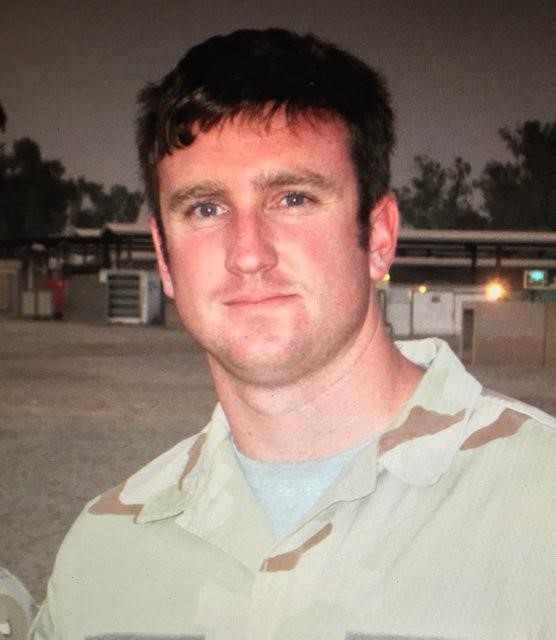 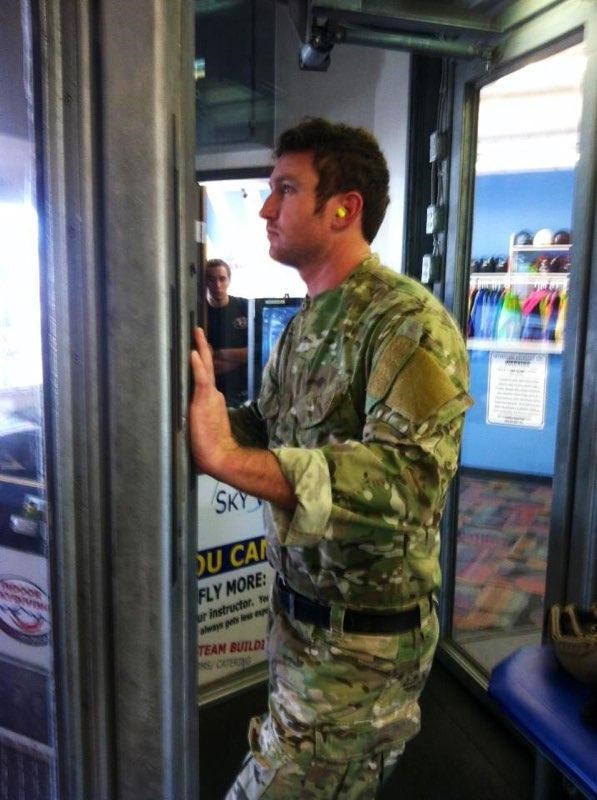 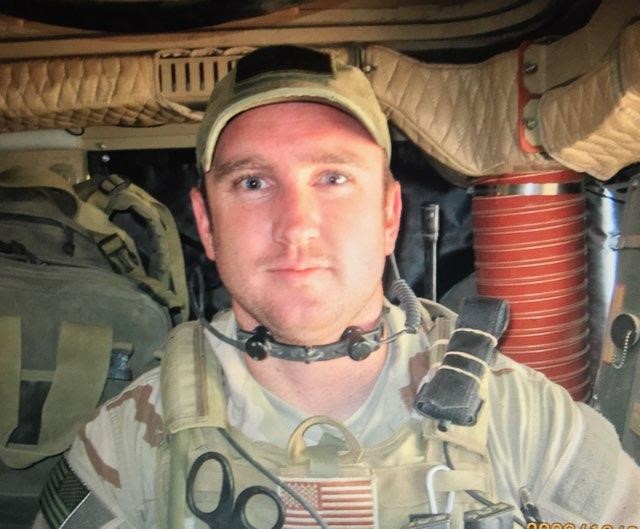 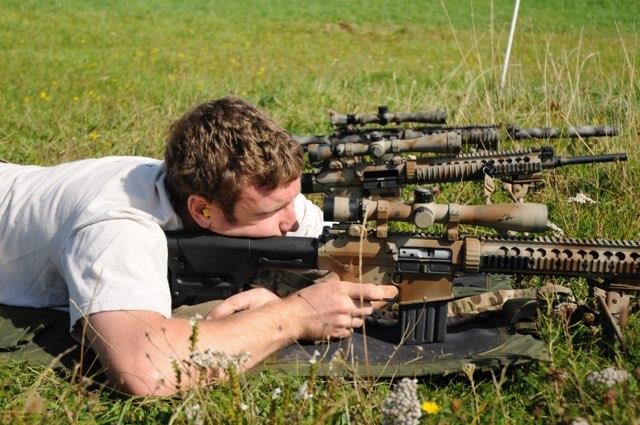 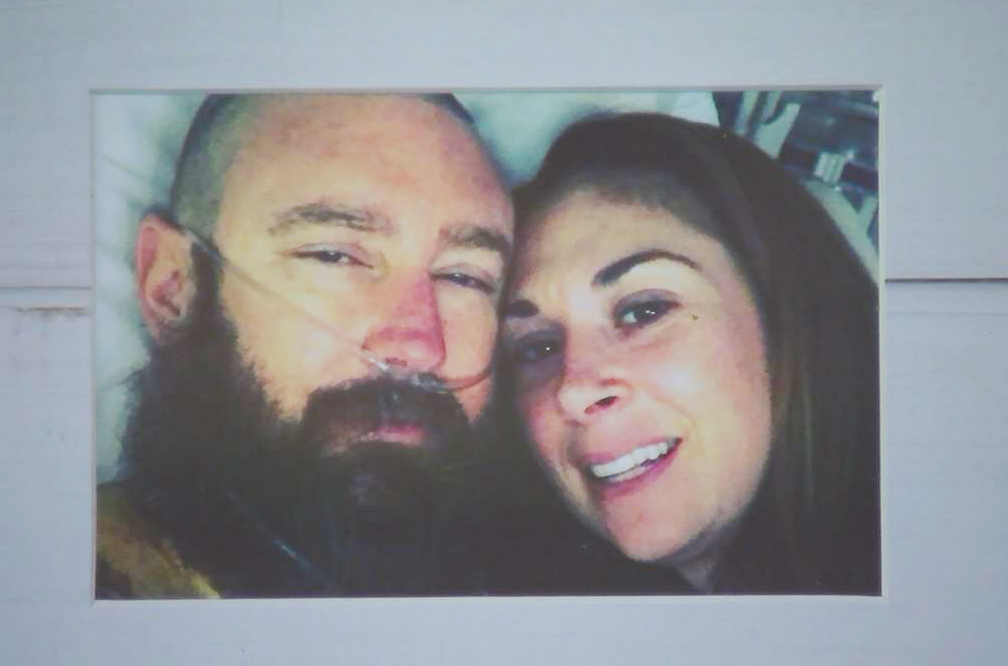 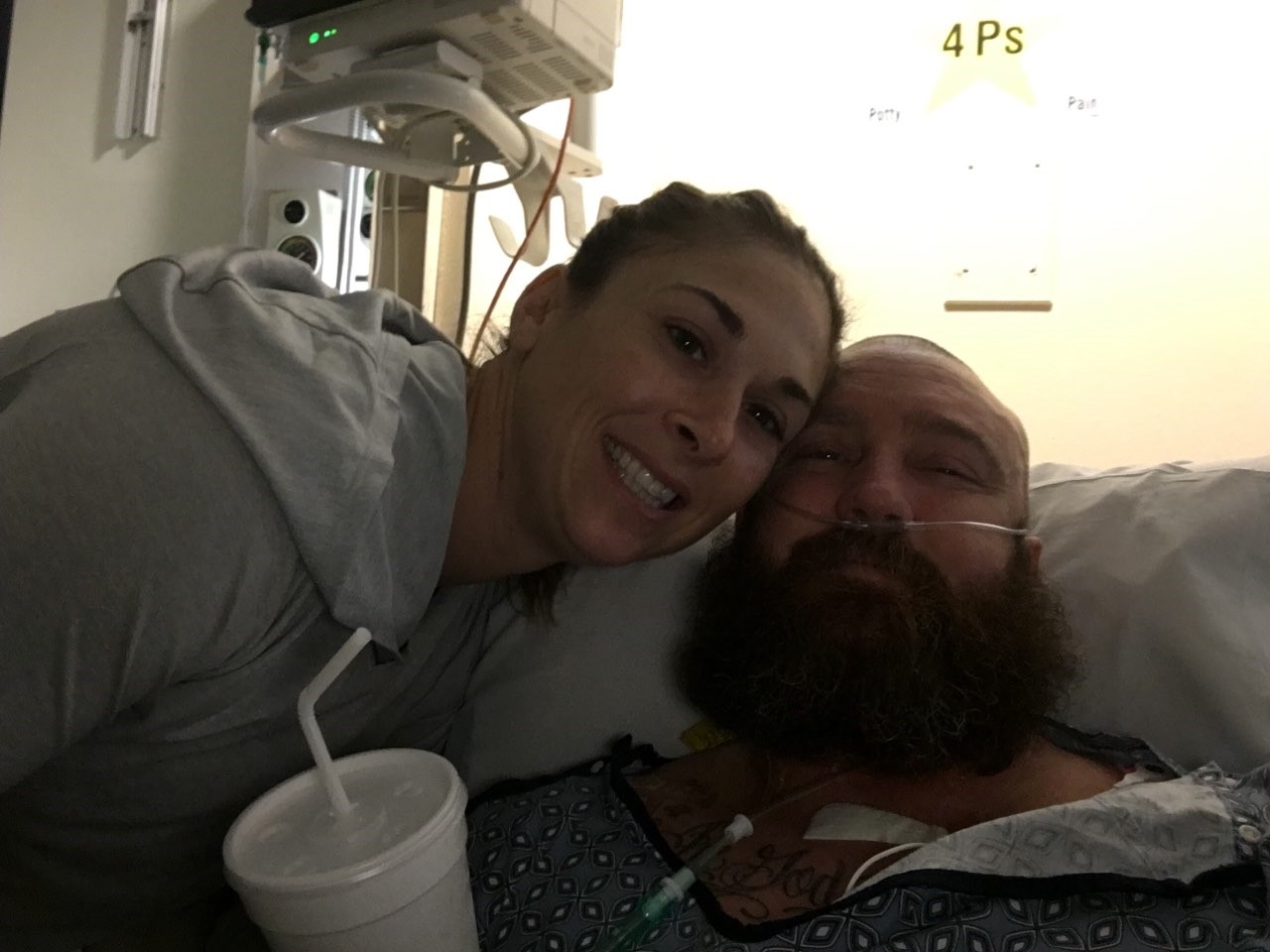 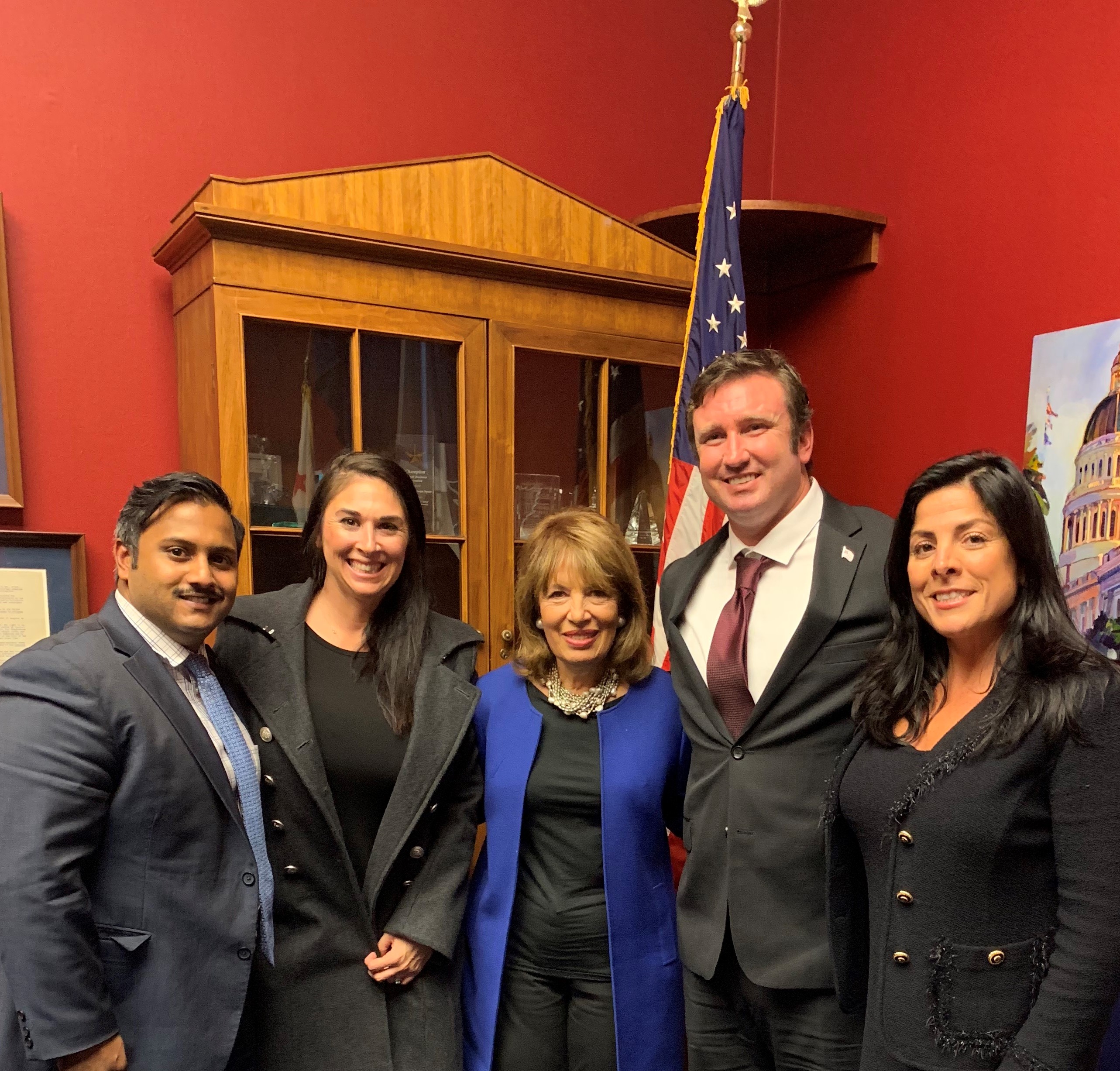 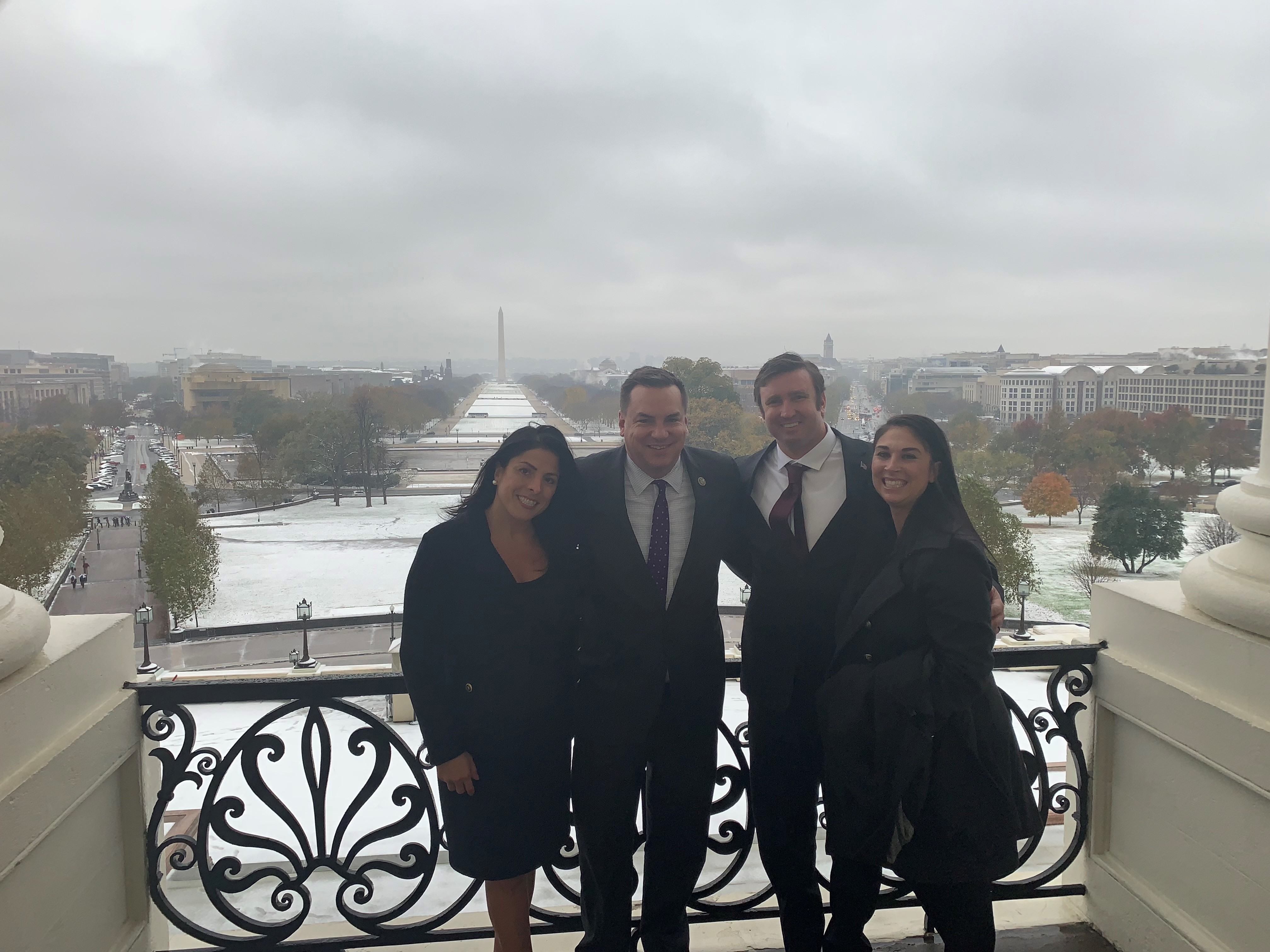 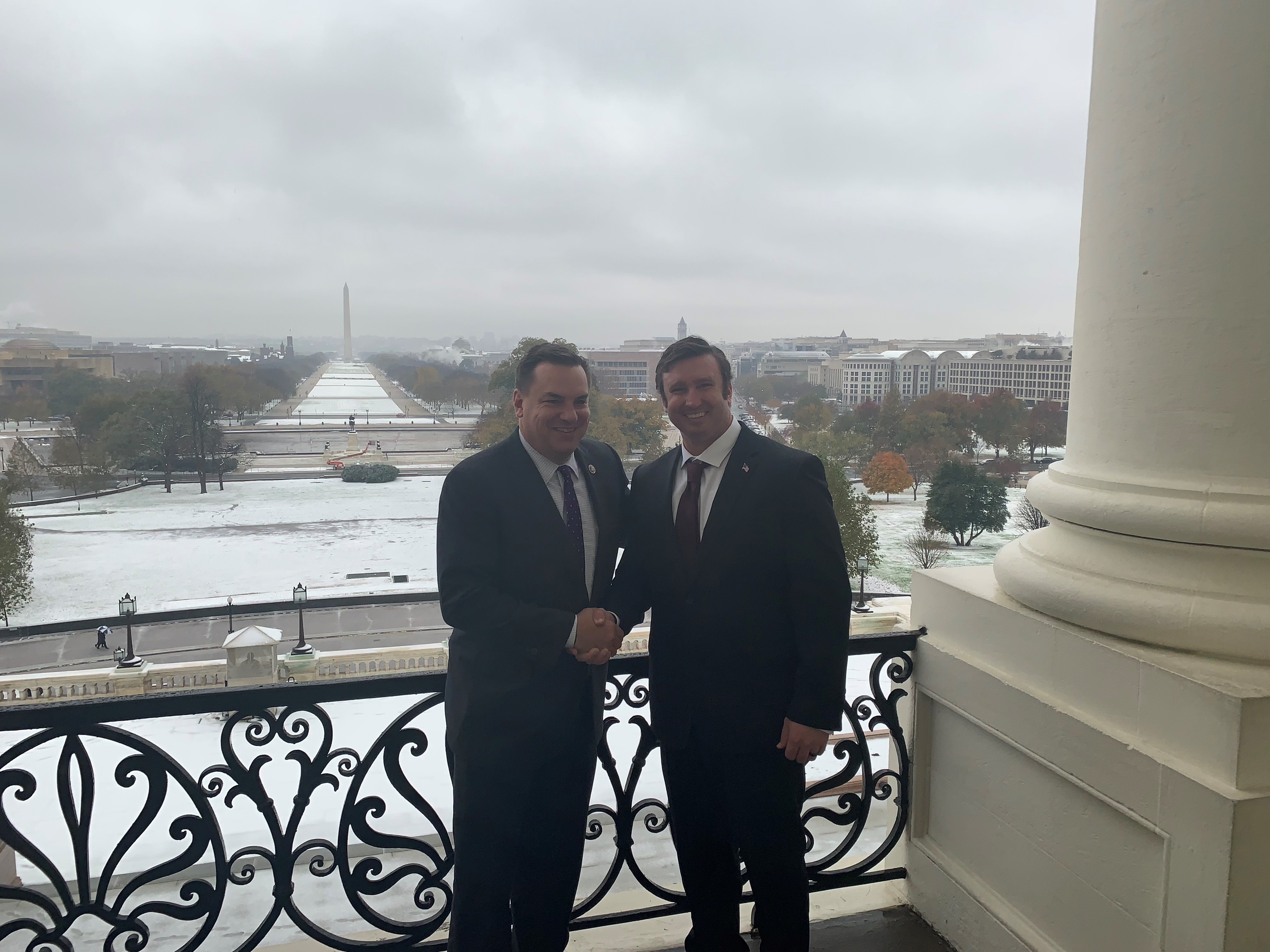 Stayskal's case starts at the beginning of 2017. He was starting dive school and had a routine military physical by a military doctor, which included a CT scan.

"It was mandatory that my lungs were checked and cleared before I could go to this school," he said. "I went and finished my physical, got cleared and I was on my way to dive school."

But shortly after being cleared by a military doctor, Stayskal says he started having trouble breathing. He was wheezing and coughing so he was rushed to the ER at Womack Army Medical Center. He says he was examined and sent home.

"They weren't sure what was going on, possibly pneumonia," he said.

Frustrated with his medical care on base, Stayskal says his symptoms continued to worsen.

"I was bleeding out of my throat I was coughing up blood," he said. "I was begging everyone to let me be seen, put me with a specialist."

It took an entire month, but the military and his insurance finally approved Stayskal to see a civilian specialist, a pulmonologist.

In June, a civil doctor ordered a new CT scan, and that's when a mass was found, and a biopsy was done right away. "

"When I woke up my wife was crying, and that's when he explained to me I had cancer," Stayskal said.

He was diagnosed with terminal lung cancer which brought even more questions.

"If I had cancer now, how could I go to the hospital twice and somebody not know anything was going on?" Stayskal questioned.

Stayskal, along with his wife Megan, requested all of their medical records from the military.

"Nothing added up," Megan said.

Looking through Stayskal's medical records, that's when they say they discovered that during the May 2017 ER visit to Womack Army Medical Center, records indicate military doctors took another look, according to the records, a "retrospective review" of Stayskal's January CT.

This time during the May ER visit a military doctor noted an "abnormality" that "needed attention."

Records from that May visit go on to state "possible mediastinal mass" and a "transbronchial biopsy" was advised, but Stayskal and his wife said they were never informed of any of that, and instead diagnosed with pneumonia.

"I was angry. I was in disbelief," Stayskal said. The couple thinks the delay in treatment was a death sentence as Stayskal's tumor metastasized and spread to other organs.

Stayskal is now being represented by attorney Natalie Khawam with the Whistleblower law firm who says they plan to file a federal lawsuit against the government alleging malpractice.

"We now have a man who is dying because of the malpractice," she said.

He says the January scan Stayskal had during a routine physical clearly showed an abnormal mass.

"It's clearly abnormal," he said. "I can't think of an excuse of why this radiologist at Fort Bragg didn't see it or catch it."

He said that since the abnormality wasn't caught then, the tumor doubled in size by the time Leskosky was examined by a civilian doctor six months later.

"This individual should have seen this, and I find this a particularly disheartening case of malpractice," he said.

But Stayskal's legal case may not go very far due to a 68-year-old legal rule known as the Feres Doctrine.

"The only people barred in the United States of America to sue for a malpractice claim are active soldiers, active military. How is that possible?" Attorney Khawam asked.

The Feres Doctrine is meant to prevent troops and their families from suing the military for injury or death brought on by their service.

"They don't want people suing because you know you're in combat, it's an emergency situation," Khawam said. "You know that's understandable, but you know, there's no combat, there's no war at Womack Hospital."

"It's not about the money. It's about the bigger cause," she said. "Not only fight for himself, but he's fighting for every other man and women that serve in our military they all sign up for a job that a lot of us won't do."

In between cancer treatments, Stayskal and his family have taken their fight to Washington and met with several representatives to try to get changes to the Feres Doctrine.

"You look back at the life of this doctrine, and they have barred how many families from closure, for justice, and that's not right, that's not the way our country should be," Stayskal said.

Stayskal says he's fighting both his cancer and legal battle for his family, especially his two young daughters -- 9-year-old Carly, and 11-year-old Addisyn.

"It made us a lot stronger as a family going through it. He doesn't deserve this he should be treated better," Addisyn said.

As for Stayskal, he says all soldiers deserve to be treated better.

"We are committed to the delivery of safe, quality, accessible, and patient-centered care for those in our charge and their families. Though we do not discuss specifics regarding any particular case with the public, we are required to identify, analyze, appropriately report unanticipated outcomes, and take the requisite corrective actions. This process reduces risk to patients and improves the quality of care. As Womack Army Medical Center has recently transitioned to the Defense Health Agency (DHA), the DHA leadership is also committed to the ongoing support of all of our patients - Soldiers, Sailors, Airmen, Marines, family members and retirees. DHA takes seriously its commitment to ensure the highest quality of care across the Military Health System and in this case, extends its support to SFC Stayskal as the process continues toward that goal."

Stayskal, along with his attorney, continue to go to Washington DC and meet with lawmakers to fight for change to the Feres Doctrine.

They also say they plan to file their federal lawsuit in North Carolina courts any day now.

There is also a petition in support of changing the Feres Doctrine. So far more than 75,000 people have signed the petition. Attorney Khawam says they plan to have a march in Washington DC in March called "March for America". She says it will be a march where military, veterans and those who support changes to the Feres Doctrine come together to show their support.

Stayskal lives in Pinehurst with his family and the community is holding a benefit this Sunday, Dec. 9 to benefit the Stayskal family. It's from 1-4 p.m. at 735 Burning Tree in Pinehurst there will be photos with Santa, hot chocolate, coffee, mimosas and raffle prizes. You can find more information here. 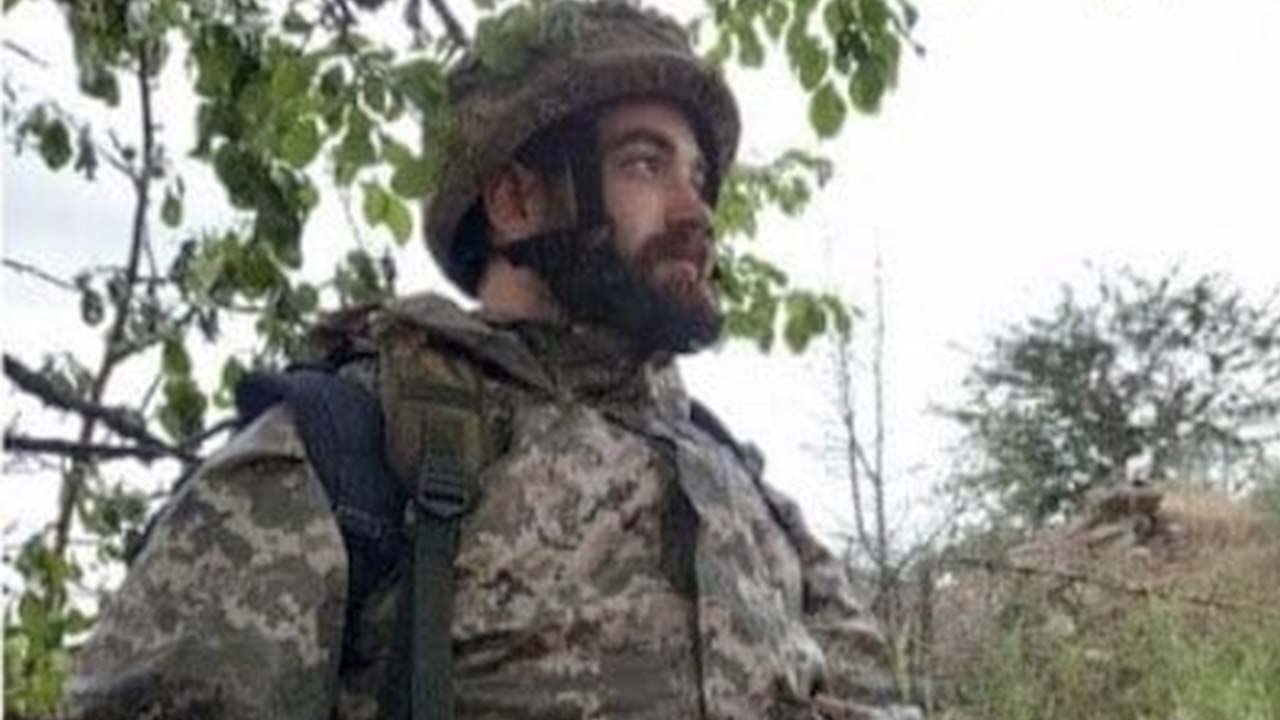 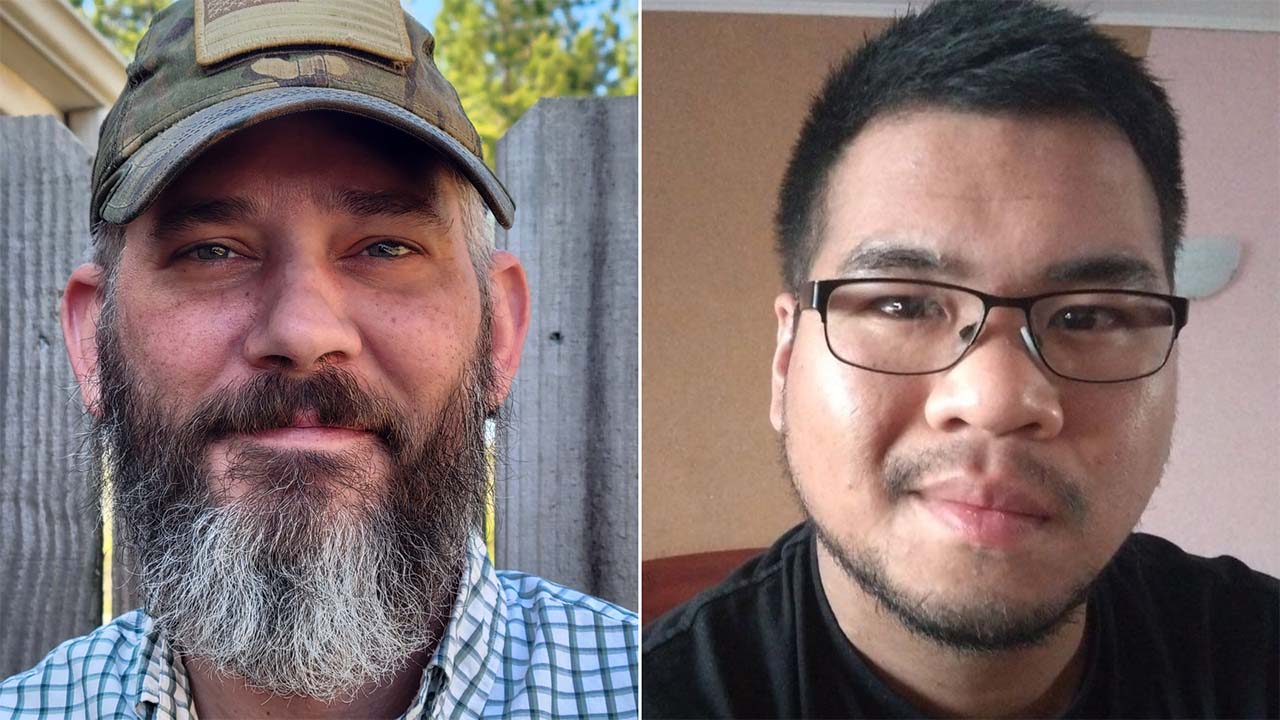 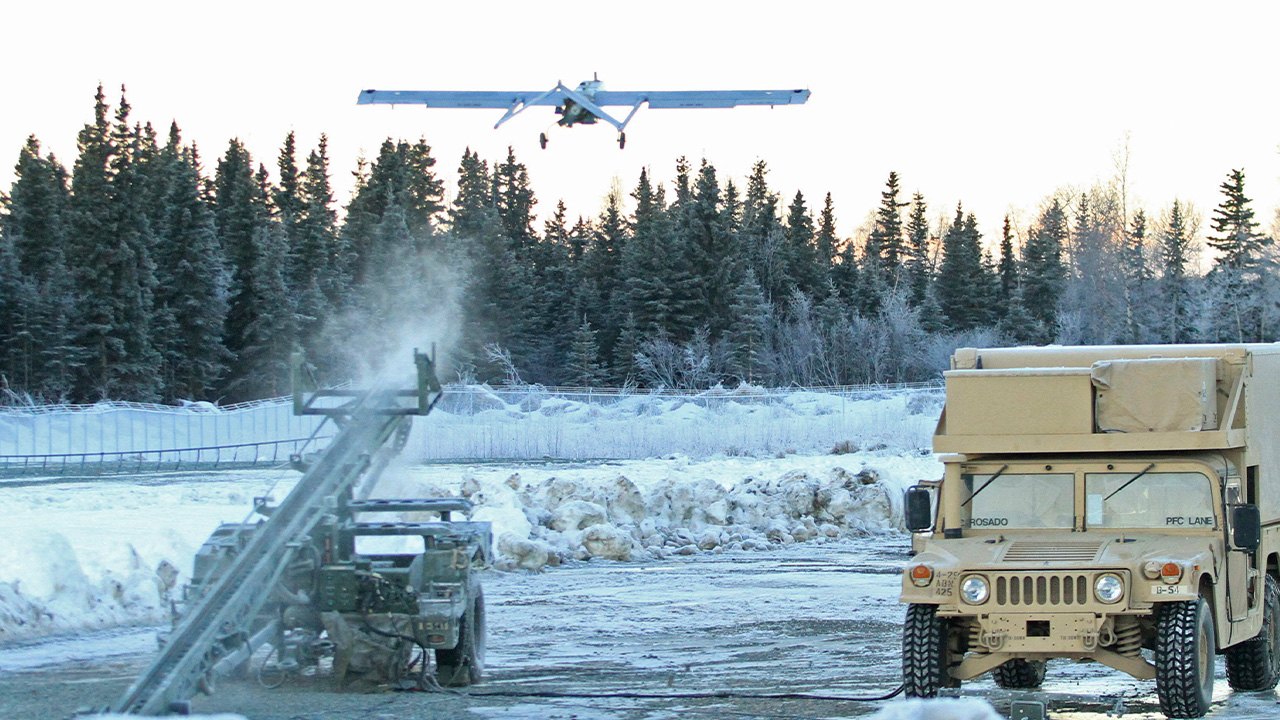 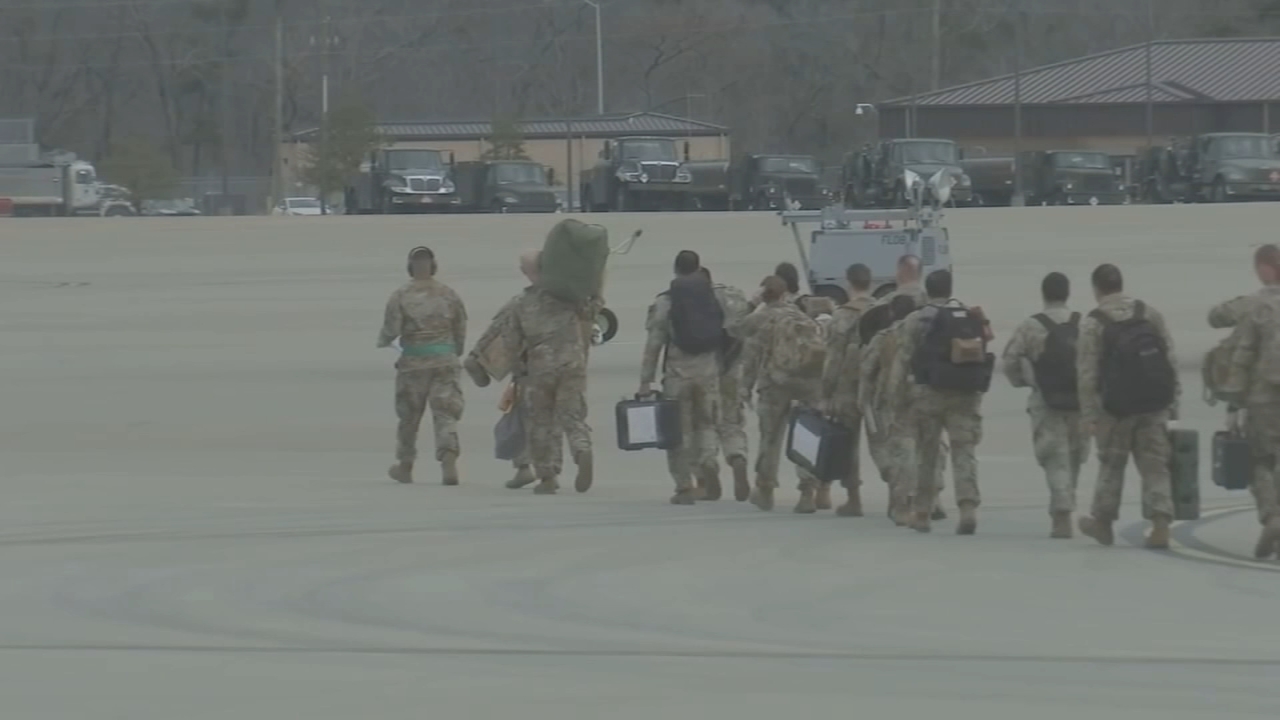 Military spouses react to Russia's Ukraine invasion: 'I have faith'