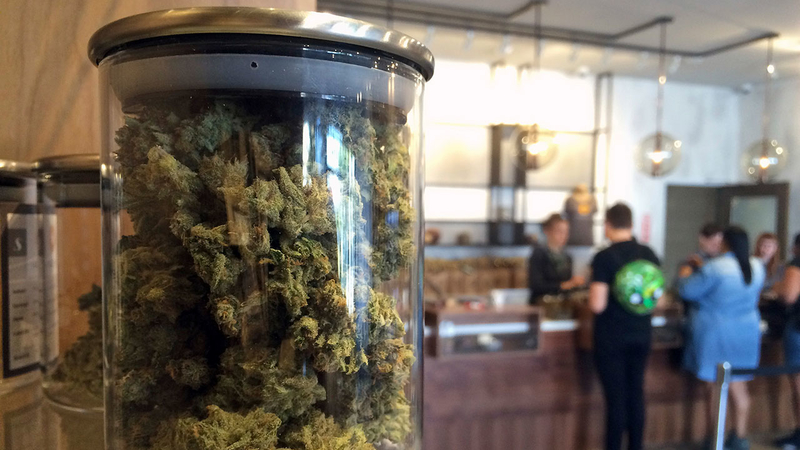 San Francisco kicks off campaign to keep teens off marijuana

SAN FRANCISCO (KGO) -- Now that the sale of marijuana is legal in California, vendors expect a two-fold increase in the adult-use market. But the San Francisco Department of Public Health is doing everything it can to keep teens from using cannabis. That department began a social media campaign with the purpose of letting youth know the facts and risks of using pot at an early age.

Scientists have long known that the brain is continuously developing until the mid 20s. The use of cannabis affects a person's neuro-development.

"You are more likely to have problems with learning, memory, and attention, affecting your school," said San Francisco's Health Officer, Tomas Aragon.

RELATED: Everything you need to know about the new cannabis laws in California

Those who have a family history of mental illness are more likely to develop things like psychosis or even schizoprenia.

The good news is that most of San Francisco's youth have never tried marijuana. In a 2015 study on cannabis use done by the National Drug Early Warning System, 71 percent of San Francisco high school students reported never trying marijuana, compared to 59 percent nationwide.

"It gives them a reason to say I can be like the majority of kids that don't use cannabis," said Aragon.