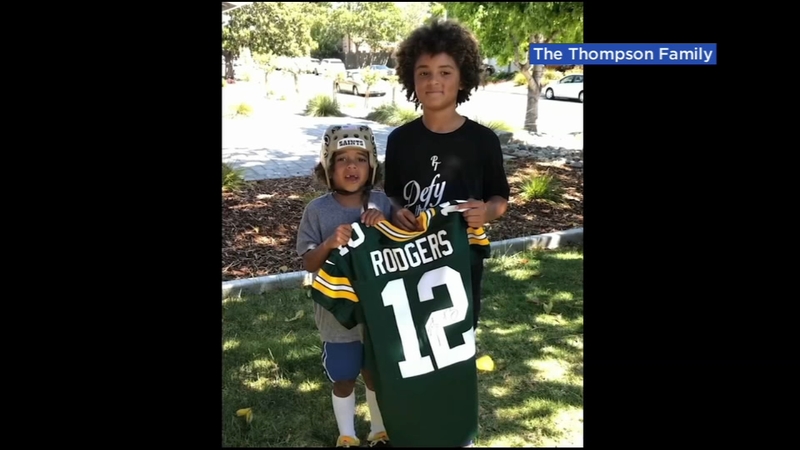 How Cal football coach's son is helping other kids with epilepsy

BERKELEY, Calif. (KGO) -- Though Cal's football team encountered challenges this year, including a COVID outbreak, it finished the season on a high note, winning back the Axe from Stanford, and beating USC at home in the final game earlier this month.

But there's no rest in the off-season for Cal's second-year running backs coach, Aristotle Thompson. That's because Thompson is busy supporting his young sons, who run a foundation to support kids with epilepsy.

It's called Helmets4Helmets, and its mission is to raise money so that kids with epilepsy can have protective helmets that keep them safe during seizures.

"The toughest person I know."

Bryson Thompson, the son of @CoachAT23, has had epilepsy since the age of 4. Instead of letting it keep him down, Bryson founded his own non-profit called @Helmets4Helmets to help other kids in his situation.

Thompson's 10-year-old son Bryson was diagnosed with epilepsy at age 4. He still has uncontrolled seizures, often times hundreds a day. A protective helmet keeps him safe, but can cost thousand of dollars.

When the Thompsons' insurance denied the payment, they got help from a non-profit, Jack's Helping Hand.

Bryson and his older brother Brock decided they wanted to help too, and they came up with the idea of asking professional and college athletes to donate autographed helmets and jerseys to be auctioned off and proceeds donated to purchase protective helmets. That's how Helmets4Helmets was born.