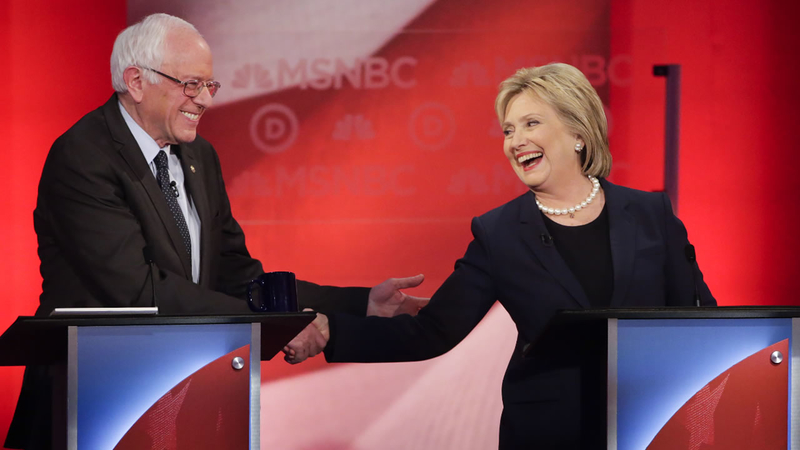 DURHAM, N.H. -- For the Democratic presidential hopefuls, their last debate before the New Hampshire Primary was the most spirited one yet.

The top two Democrats were face-to-face for the last time before the New Hampshire Primary.

Hillary Clinton and Bernie Sanders battled over their records on a host of issues.

"I think it is time for you to end the very artful smear that you and your campaign have been carrying out," Clinton said to Sanders.

The candidates clashed over charges of not standing up to Wall Street. "I helped lead the effort against deregulation," Sanders said.

Clinton dodged a question about releasing the transcripts of her paid speeches to banks and big corporations. "I'll look into it, I don't have the status," she said.

She showed her muscle on foreign policy. "I fully concede that Secretary Clinton, who was Secretary of State for four years, has more experience. But experience is not the only point, judgment is," Sanders said.

Sanders again refused to go after Clinton for her email controversy. "I will not politicize it," he said.

"Senator Sanders is the only person who, I think, would characterize me, a woman, running to be the first woman president as exemplifying the establishment," Clinton said.

The Republicans are up next. Their final debate before the New Hampshire Primary is Saturday night on ABC.