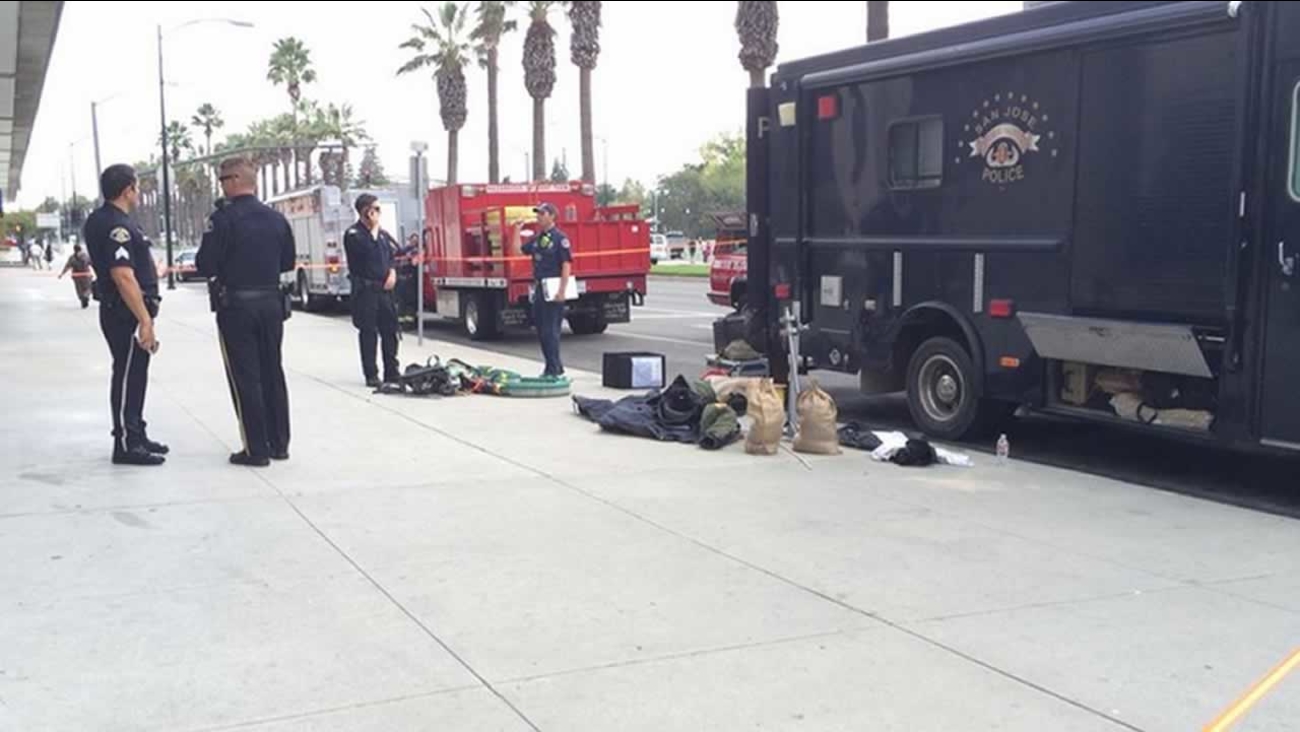 The San Jose Bomb Squad was called in to investigate a suspicious device found at the Hilton hotel on Almaden Boulevard.

SAN JOSE, Calif. (KGO) -- Evacuations that lasted for more than six hours have now been lifted at the Hilton hotel on Almaden Boulevard in San Jose.

A suspicious device was found inside a men's restroom near the San Jose Convention Center, prompting evacuations of the hotel's first and second floors.

San Jose police describe the object as quote "being about the size of your hand."