7 on Your Side reveals a new homebrewing beer kit 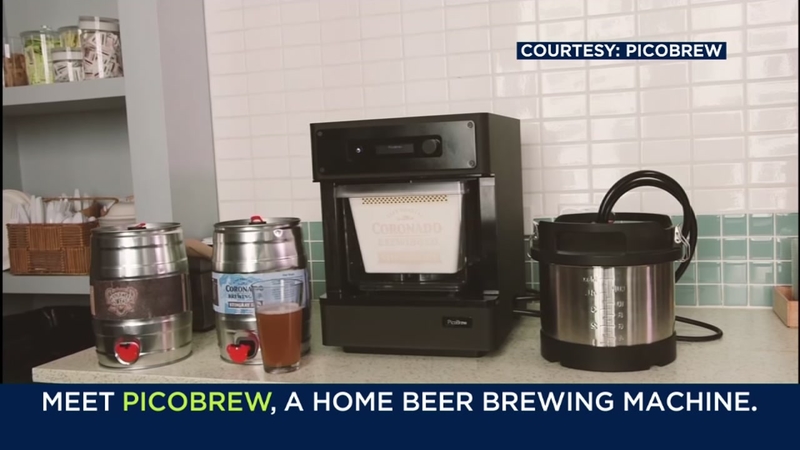 SAN FRANCISCO (KGO) -- The publisher of Homebrew Beer Magazine told 7 On Your Side that what Keurig did for coffee, a new automated home-brewing kit will do for beer.

The home brewing of beer has been around for more than two decades. But, beer enthusiasts are predicting what's about to be unveiled will deliver home brewing to the masses.

The publisher of Homebrew Beer Magazine told 7 On Your Side that what Keurig did for coffee, a new automated home-brewing kit will do for beer.

Vito Delucchi enjoys the fruits of his labor. He's won national awards for his home-brewed beer all crafted in his garage in Concord.

Delucchi has been brewing his own beer for about nine years. "I enjoy craft beer in general, drinking beer. I enjoy cooking as well, so it kind of intrigued me about being able to make my own beer," he said.

Delucchi likes it so much he just accepted a job with More Beer in Concord, which specializes in home brewing kits.

You can get a basic starter kit for as little at $75 and a premium one with all the accessories for $500. And that's not all - hundreds of recipe packs for a wide variety of beers are available.

You can even mill your own grain, get yeast and hops at More Beer.

Annie Johnson is the director and Brewmaster at PicoBrew.

The Seattle-based company sells an automated home-brewing kit for 799. An economy model is being offered on Kickstarter for less than half that price. The campaign has already raised more than 1.4 million, which was four times its goal, and there's still two weeks remaining in the campaign.

PicoBrew has agreements with 160 craft breweries.

7 On Your Side put PicoBrewto the taste test at 21st Amendment. The Bay Area bar and brewery is one of several in the Bay area that has licensed its recipe to PicoBrew.

We put PicoBrew's version of Brew Free or Die against the same beer brewed at 21st Amendment and asked beer drinkers if they could tell the difference - Picobrew fared pretty well in our taste test.