Recreating Home Alone 2 and Giving Toys to Kids in Need 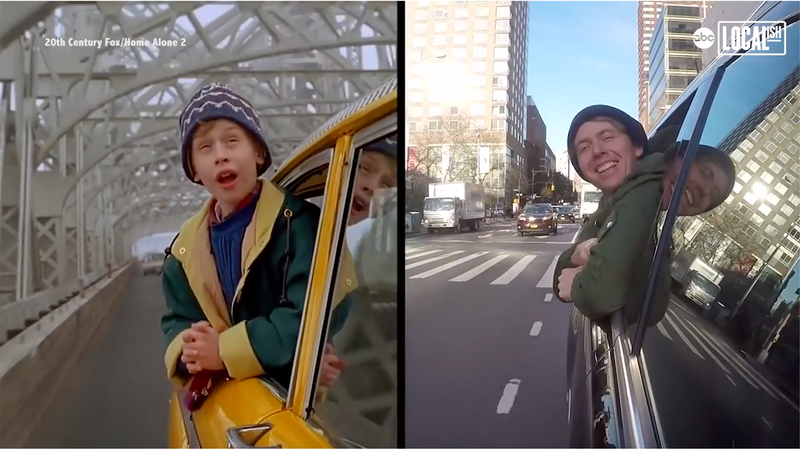 NEW YORK -- Kevin McCallister of the Home Alone Series has long been a hero of Michael Koenigs, executive producer of Localish and host of the ABC - Hulu show, More in Common.

A few years ago, the Plaza Hotel in New York City allowed him to recreate Kevin's night in their most expensive suite, one that would normally cost over $40,000 just for one night. He enjoyed a massive ice cream sundae in bed and a stretch limousine pick-up in the morning. But one thing Michael wasn't able to recreate was heading to the magical toy wonderland of the film's fantastical toy store, Duncan's Toy Chest.

Instead, this year, Michael headed over to a CAMP Store in New York City, hoping to make some Christmas dreams come true for kids in need this holiday season. He filled up his trusty scooter suitcase with toys donated by CAMP and scooted down to a local Toys for Tots drop site.

Watch all of the Home Alone movies, along with the new show, "Home Sweet Home Alone" only on Disney Plus.

To find out how you can donate to Toys for Tots, visit: https://www.toysfortots.org/