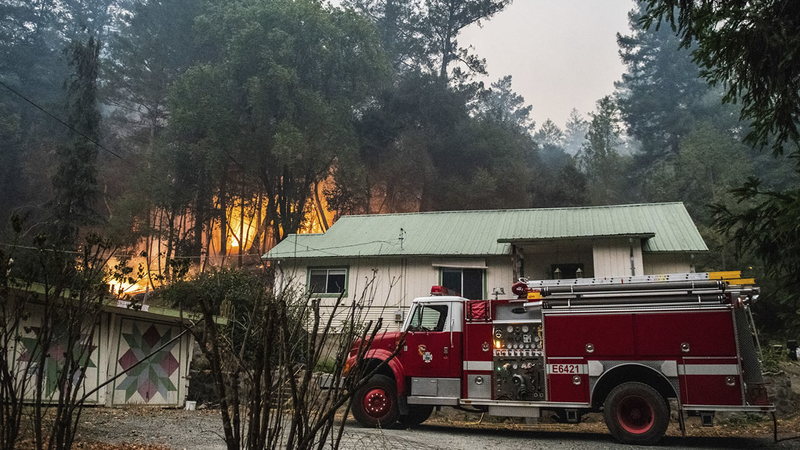 OAKLAND, Calif. (KGO) -- Brace yourself to likely pay more for your homeowner's insurance -- a lot more. Rate hike requests in California from 54 different companies range from under 7-percent to as high as 40-percent.

What these insurers are asking for doesn't tell the whole story. If you live in an area designated as a high risk for fire, your premium increase could be a whole lot more.

A notice Elaine Deutsch received from AAA left her stunned.

"I remember looking at it going, 'Wow, what happened here?'" she said.

Elaine says she's never seen such a huge rate hike, not even after the Oakland Hills Fire when her home escaped damage.

The 29th anniversary of the Oakland Hills fire that killed 25 people is approaching. Firefighters and residents share haunting memories, and fears, as we enter another weekend of potentially high fire danger.

Mike from Los Gatos has been through such sticker shock before.

He asked to remain anonymous but tells us his premium last year under the FAIR Plan went from $1,500 to $4,700.

Then this month he received another 21-percent increase on top of that.

His home sustained significant damage during the Lexington Fire in 1985. But he says the rate increases after that fire were relatively minor compared to what he's experiencing now.

The reason for all these rate hikes shouldn't be a surprise.

Insurance companies saw a record $25 billion in losses in 2017 and 2018 from the California wildfires.

Michael Soller is with the Department of Insurance.

"The department has received many increases, many requests from insurance companies to increase rates. And homeowners are feeling that impact right now," he said.

In 2016, insurance premiums approved by the Department of Insurance actually dropped $149 million. But rates rose sharply the following three years.

This year's increase of $414 million has already surpassed last year's total, with three months to go in the year.

Elaine says there's no way to fight it. She feels trapped.

"Up against a wall because the only way out of it is to move," Elaine said.

Among those increases approved this year is a 15 percent rate hike for those on the FAIR Plan, the fire insurance of last resort when no one else will insure you.

The destructive Glass Fire in the North Bay burned a 91-year-old home in Calistoga, leaving the family heartbroken.

That's the average rate hike spread out among all policy holders.

Some could pay as much as 40 percent more, depending on their fire risk score.

Your score could greatly impact the rates you pay, yet most homeowners know little about it.

"These scores need to be open to the public, they need to be transparent because often you don't as a business or a homeowner ever know what your score is," said Soller.

There's very little consumers can do to lower their score, but Insurance Commissioner Lara thinks that should change.

He wants homeowners to be rewarded with lower premiums for reducing their fire risk. Things like clearing brush, or replacing a wood shake roof.

He is holding an investigatory hearing on October 19 on home insurance to look at that and other issues.

Joel Laucher just retired this month from the Department of Insurance. He says homeowners need to shop around.

"Try to avoid the FAIR Plan at all costs. Don't give up because of one agent or two," Laucher advised.

He suggests not to settle for the FAIR Plan until you call every insurer on the list.