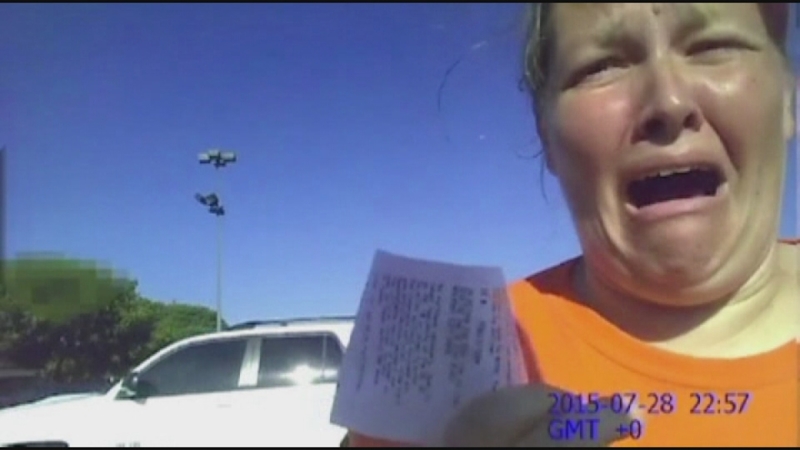 OWASSO, Okla. -- A police officer's body camera captured the dramatic moment a mother is confronted for leaving her child in a hot car -- and a bystander incorrectly tells her that the child has died.

"Oh my God ... she's dead," a woman can be heard saying off-camera as the officer asks Hannah Secondi if she is the mother of the child.

Even after the officer assures Secondi that her child is alive, she continues to openly weep.

On a day with temperatures in the low-to-mid-90s in Owasso, Okla., Secondi allegedly left her 1-year-old child alone in the car in a Wal-Mart parking lot according to KJRH.

The child was discovered covered in sweat by Chrysty Lansdowne and her boyfriend Jedidiah Bizzell, and they called 911. Lansdowne, a mother herself, said she can't comprehend how it happened.

"There was more people with her," she said. "There was no reason why the baby should have been left in the car."

The couple found an unlocked door and got the child out, but her body temperature had already risen to over 100 degrees.

This is one of several cases of parents leaving children in hot cars this month, including another case this week where an officer broke the window of a van in New Jersey to rescue a child. On average, 37 children die of vehicular heat stroke each year, according to kidsandcars.org.