Housing crisis in Butte County grows as 45,000 remain evacuated due to Camp Fire 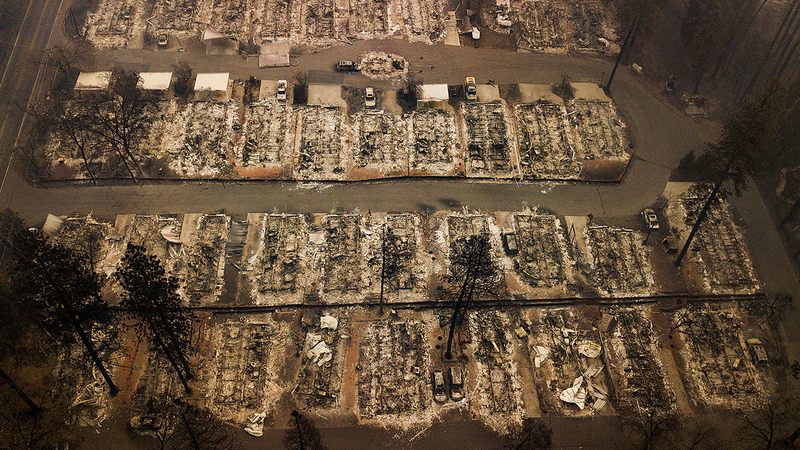 PARADISE, Calif. (KGO) -- Full containment was reached on the Camp Fire over the weekend. But with more than 45,000 people still evacuated, and many of them with homes that are no longer standing, the housing crisis in Butte County is growing.

"We have literally spent every dime we have, just trying to make it," said Monique Gurule, as she and her husband Albert stood outside the newly opened FEMA Assistance Center for Camp Fire victims in downtown Oroville.

RELATED: Denver man donating RV to Camp Fire victim arrives in Chico to give it away

It's been two and half weeks since Monique and Albert Gurule literally ran for their lives from their now decimated home in the Holly Hills Mobile Home Resort in Paradise-- now, they're in the fight for a place to live.

"We went to FEMA twice and asked them to help us and they denied us both times," said Monique, "because we had insurance. We didn't want money from them. We just want a temporary place to live because we have no place to go."

"We've been pretty much self-sufficient, surviving on what means we can ourselves," added Albert, "because we've had no assistance at all, from FEMA."

FEMA does have about 80 travel trailers sitting at the old McClellan AFB in Sacramento, but there's no clear timeline for making them available to the evacuees.

"We have the site, we're working on the logistics part of it," Jovanna Garcia, a FEMA Spokesperson. "We want to make sure its a mobile area for them, where they can go to the centers, schools, electricity's up and running, sewer's up and running.

"They're not doing any good at McClellan, said Paradise City Councilman Michael Zuccolillo, who told ABC7News he is increasingly worried that with no clear short or long-term plan for housing the tens of thousand of Camp Fire evacuees, his community will never be together again.

"My concern is what made Paradise Paradise was its people who lived here," said Zuccolillo, "and the longer and farther we keep people away, the less likely they are to come back."

RELATED: Before & After the Camp Fire: A new aerial look at devastated Paradise

And those who are still here, like the Gurules, worry they soon may be forgotten.

"It's almost like we're all past news now, but we're all still going through what we were going through when the fire started," said a tearful Monique Gurule. "We still don't have a place to live, don't know what we're going to do and we still have no closure."