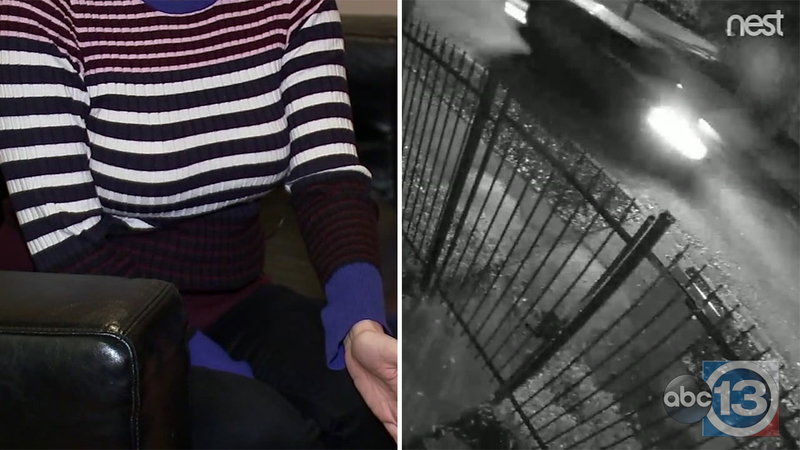 Woman robbed for 4th time says she was followed home

HOUSTON, Texas -- "It's very disheartening because this is now my fourth time being robbed in this city," said a woman who only wants to go by "Kristin" in this ABC13 story.

Kristin has not been able to feel safe since her latest frightening ordeal on Monday. She was robbed at gunpoint in her garage.

"I've never had a gun to my face. That was rather startling," she said.

She believes it all started when she was driving down 610 Loop, headed toward her home in the Heights after leaving the Galleria.

"I saw a light gold Tahoe and it had its flashers on and it was driving kind of slow. I didn't want to be behind him so I proceeded to change lanes," she recalled.

Kristin believes it was the same vehicle her home surveillance cameras captured as the getaway vehicle. Her footage shows her pulling up to her home and then seconds later, the suspect's vehicle following behind. Just as she pulled into her garage is when she was face to face with the suspects.

"I heard someone say, 'Don't move.' I glanced to my right and there was a gentleman standing there with a gun to my face and another guy behind him," she said. "I just threw the purse at him and he said, 'Get down.' And I just crouched down in front of my car to protect myself and they ran out. And then I crawled inside the house. I was just shocked. Like, is this happening? This is all so surreal."

It all happened in a matter of seconds. She said the men took off and her neighbors called 911.

"I was vulnerable getting out of the garage and now I have that sense of violation all over again," she said, reflecting on all the times she has been robbed.

Kristin describes the suspects as two black men, each about 6 feet tall, possibly in their 20s. She said the gunman had a red hoodie. The other wore possibly a gray hoodie.

She said she feels lucky nothing more happened, but she's convinced these men knew what they were doing.