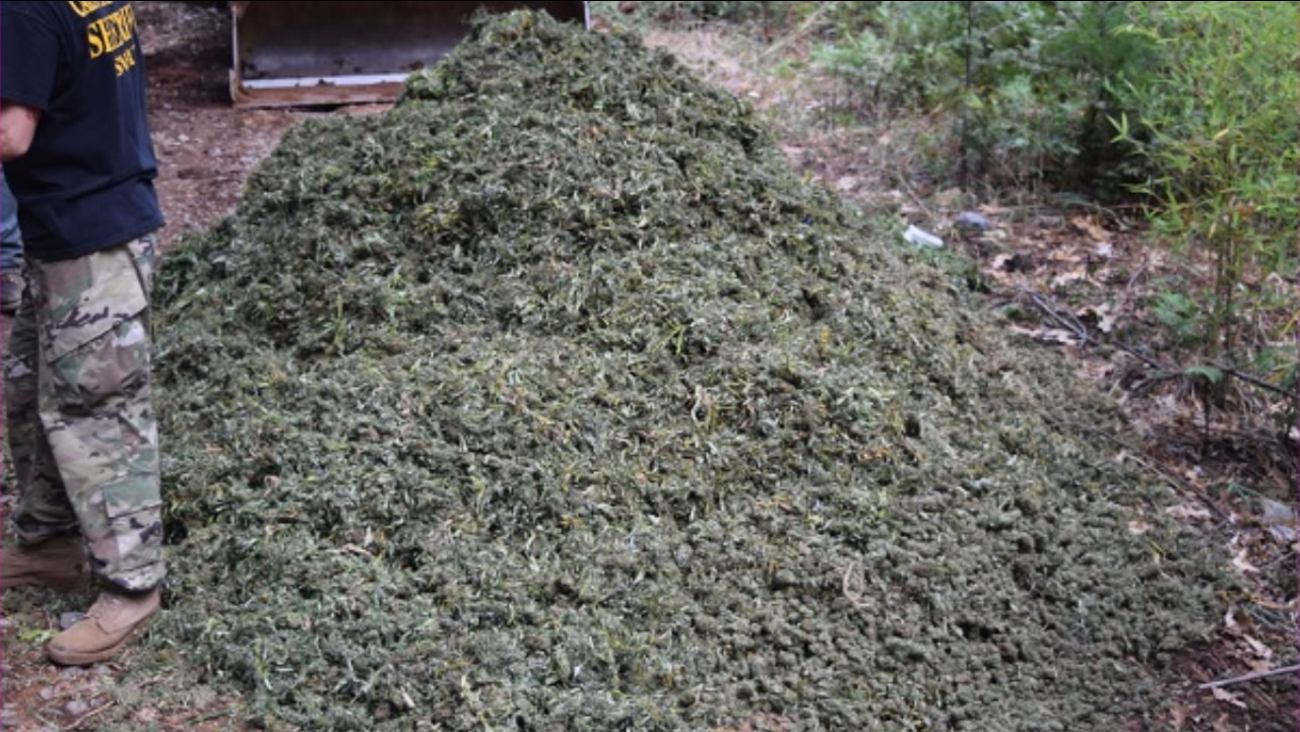 This image shows some of the marijuana confiscated by Calaveras County Sheriff's deputies from illegal pot grows on Oct. 25, 2016. (KGO-TV)

Deputies seized 7,700 pounds of marijuana and other substances on Oct. 25 during a warrant search from three separate addresses in West Point, California. The cache has an estimated value of $8 million.

Investigators found 1,000 to 1,500 pounds of marijuana ready for sale and several hundred pounds were discovered that were already packaged and ready to ship. At least 1,048 plants were destroyed and just under $13,000 was seized as evidence. 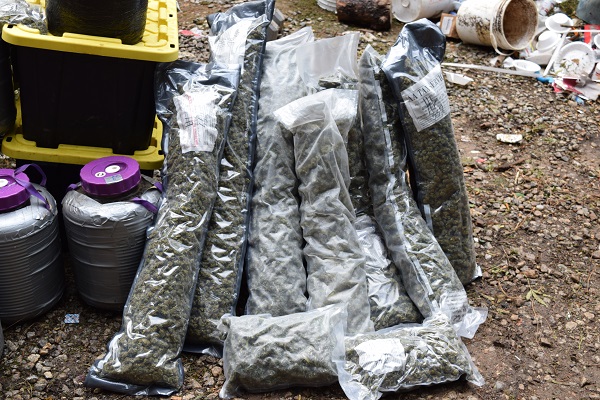 Three tons of pot were seized by sheriffs in Calaveras County on Oct. 25, 2016

Several hundred harvested plants that had been discarded were also found down an embankment.

Several structures were built to store and process marijuana. Inside of those locations were additional large amounts of marijuana in various stages of being processed.

The deputies also discovered significant environmental issues at the grow.

All 23 people were arrested in connection with the illegal marijuana grow. Authorities also seized two firearms at one location.