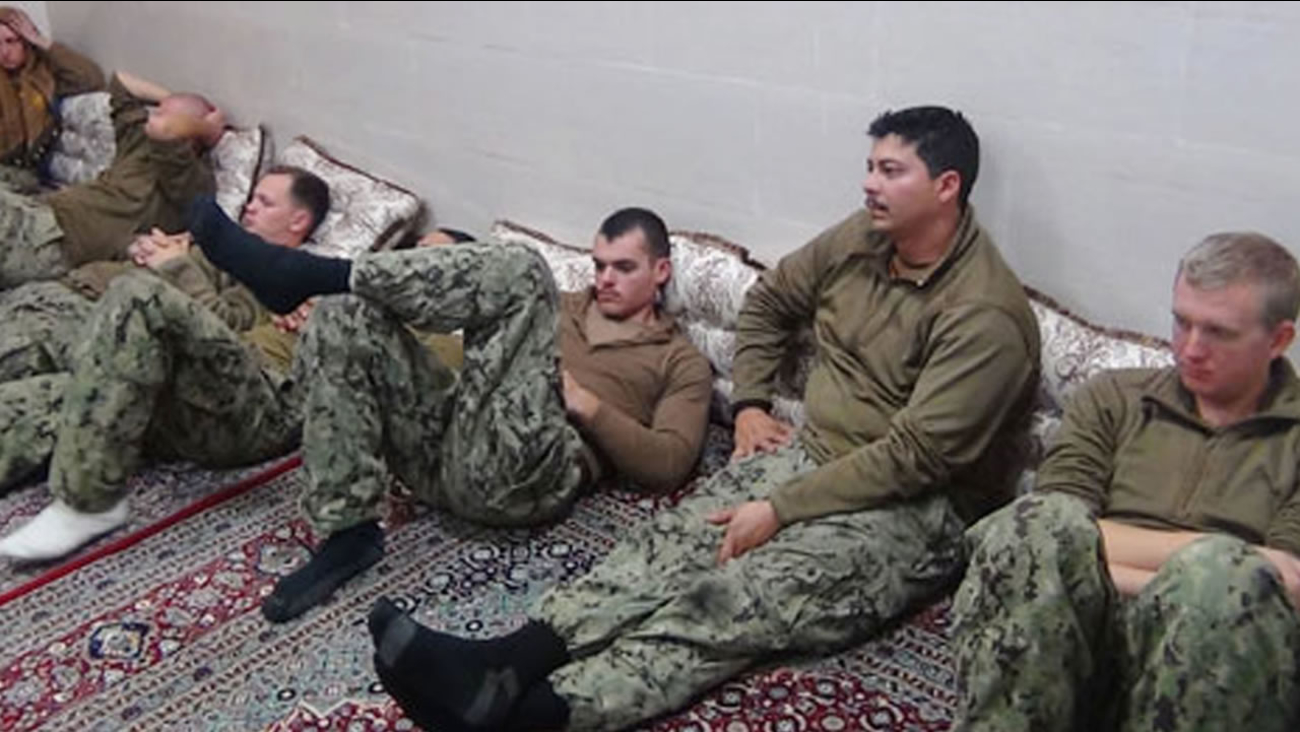 This picture released by the Iranian Revolutionary Guards on Wednesday, Jan. 13, 2016, shows detained American Navy sailors in an undisclosed location in Iran. (Sepahnews via AP)

DUBAI, United Arab Emirates -- Iranian state television is reporting that all 10 U.S. sailors detained by Iran after entering its territorial waters have been released.

Iran's Revolutionary Guard said the sailors were released Wednesday after it was determined that their entry was not intentional.

The nine men and one woman were being held at an Iranian base on Farsi Island in the Persian Gulf after being detained nearby on Tuesday.

The U.S. Navy's Bahrain-based 5th Fleet had no immediate comment or confirmation of the release.

The detention of the sailors taken into custody by Tehran after their two boats drifted into Iranian waters "is being resolved," a leading Iranian official said earlier, indicating they could be set free Wednesday.

U.S. officials had said on Tuesday that Tehran assured them the crew and vessels would be returned safely and promptly.

Earlier Wednesday, Fadavi said the American boats had shown "unprofessional acts" for 40 minutes before being picked up by Iranian forces after entering the country's territorial waters.

The U.S. detainees included nine men and one woman, who were being held overnight at an Iranian base on Farsi Island in the Persian Gulf. They were expected to be transferred Wednesday to a U.S. ship in the region.

"US naval force and their frigate showed an unprofessional behavior and had air and naval moves for 40 minutes in the area," Fadavi said at one point. He said Tehran did not consider the U.S. Navy boats violating Iranian territorial waters as "innocent passage."

"Certainly US presence in Persian Gulf and their passage has never been innocent and we do not deem their passage as innocent," he said.

Fadavi said Iranian Foreign Minister Mohammed Javad Zarif "had a firm stance" during a telephone conversation with U.S. Secretary of State John Kerry "on their presence in our territorial waters and said they should not have come and should apologize."