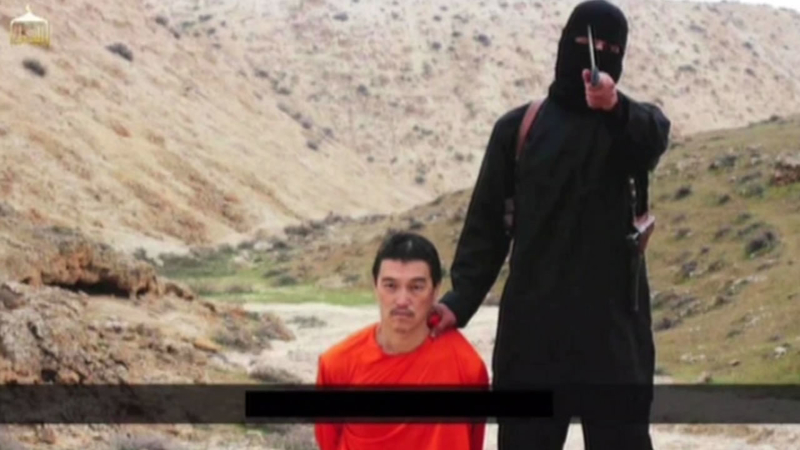 TOKYO -- Authorities have confirmed that the horrific video from ISIS shows the barbaric execution of a second Japanese hostage. It comes just a week after his colleague was also beheaded by the Islamist terror group. President Barack Obama has condemned the killing, calling it "heinous." And Japanese officials are shocked by the brutality.

The video was posted 48 hours after the deadline set by ISIS for a prisoner swap had expired.

The 66 second video shows the Japanese journalist Kenji Goto on his knees, with the familiar ISIS masked executioner dubbed Jihadi John, a knife in his hand, announcing the execution.

The ISIS executioner can be heard on the video saying, "So let the nightmare for Japan begin."

The handover was supposed to take place at a border checkpoint with Turkey, but Jordanian officials called off the deal because they had no guarantee a second ISIS hostage in the swap, a captured Jordanian pilot, was even still alive
.
On Sunday morning in Japan, there was outrage over the murder of the respected television journalist.

The drama captivated the country as Goto's mother and wife issued emotional appeals for the release of the father of two young children.