Jacob Blake is speaking publicly for the first time since the DA's decision not to file any charges in an exclusive interview with Michael Strahan and Good Morning America.

CHICAGO -- Jacob Blake spoke on Good Morning America on Thursday for the first time since learning the officer who shot him seven times would not face any charges.

"I went limp, and all I remember at that point was kind of leaning back and looking at my boys and I said, 'Daddy loves you, no matter what' and I thought it was going to be the last thing I say to them," Blake said. "Thank God it wasn't."

Blake said two of his children watched as their father was shot repeatedly by a police officer in August of last year. Police never told Blake they had a warrant for his arrest, according to Blake, who also denies ever reaching for a weapon.

"I resisted to getting beat on," Blake said when asked whether or not he resisted being put in custody. "What I mean by that is not falling, not letting them put they (sic) head on my neck."

"I was counting down my breaths, my blinks. I was like 'God, I'm coming.' I guess this is it for me."

"I've explained to (my kids), I've broken down to them that daddy can die. But for some reason, I didn't that day."

Video of that encounter quickly gained national attention with peaceful protests as well as violent unrest erupting in the Wisconsin city.

Last week, after a months' long investigation, the Kenosha County district attorney announced there would be no charges filed against the officer who shot Blake, identified by authorities as Officer Rusten Sheskey. Prosecutors believe they could not convince a jury Officer Sheskey did not fear for his life since Blake had a knife on him, according to the DA.

Prosecutors also said Mr. Blake would not be charged in the incident.

Kenosha, Wisconsin was prepared for unrest, but none materialized after prosecutors said no charges would be filed in the shooting of Jacob Blake by police officers over the summer. Activists have since called for Officer Sheskey to be fired, and Blake's family has called the DA's decision a "slap in the face."

Blake was shot several times in the back on August 23. The shooting left him paralyzed from the waist down and led to violent protests, riots and looting.

District Attorney Michael Gravely and his team took nearly two hours to contextualize what he called a "domestic incident." Gravely described how the mother of Blake's children, Laquisha Booker, called 911 to report Blake took the keys to her rental car and was planning to take off with the vehicle and their children. He played the audio of that 911 call for the press.

Police arrived knowing there was a felony arrest warrant for Blake, and Gravely confirmed that Blake had a knife. Blake clarified that the knife was a pocket knife.

Use of Force expert and former Madison police chief Noble Wray said the officers' actions that day were in line with police training and protocol.

"They did not have any choice, drawing the firearms after the physical measures did not work," Wray said.

Gravely maintained he would not be able to convince a jury that Officer Sheskey did not fear for his life in that moment, or that harm would not come to others if he hadn't acted in self-defense.

"This really illustrates why these cases against police officers are so difficult to bring because they have to show the government would have to show that the police officer did not reasonably believe that deadly force was necessary to prevent either his death, or his serious bodily injury and the evidence here, showed that there was a knife I don't think that was in dispute," said ABC7 Legal Analyst Gil Soffer. "And so the government has to show that the officer didn't reasonably fear that Jacob Blake, use the knife against them. Clearly they concluded they couldn't prove that."

Chicago and Wisconsin criminal defense attorney Anthony Burch said if a jury did look at what happened here last summer they might determine that police were criminally heavy-handed.

Burch's takeaway from the unusually public closing argument by the prosecutor is that he could have won it at trial.

"The facts presented by the state's attorney during this press conference could have been presented in a different way, where a trier of fact would be able to come up with a guilty verdict against officers Sheskey," he said.

Gravely called Blake personally to tell him no charges would be filed. Blake's family was heartbroken and furious.

"This is a slap in the face by the Wisconsin government and DA perpetuating systemic racism. Where was justice?" said Justin Blake, Jacob's uncle.

They've marched for months, demanding charges be filed, but it didn't happen.

"We're unhappy with what was said today. We expected it, it did not sideswipe us or jump us from the backside. We understood what was gonna come when they called in the National Guard," said Jacob Blake, Sr., father, speaking in Chicago after the announcement.

Blake's uncle, family in Kenosha and community organizers led another march Tuesday night after the verdict.

"Each and every day we get up and strap our boots on and get in the fight because we don't have a choice," Justin Blake said.

Blake's attorney said he was the victim that night and the video proves it.

"Shooting an individual seven times while walking away from an officer constitutes all the elements of intentional homicide were met," said B'Ivory Lamarr, attorney.

There is an ongoing federal civil rights investigation into the shooting, and the family said they intend to pursue a civil case as well.

Justin Blake and activists also noted that while they were waiting for the outcome of Jacob's case, this fight has always been bigger than Jacob Blake and Kenosha police.

"The power's in us to make change, if you really believe what this government is built on," Justin Blake told the protest.

Benjamin Crump, one of the attorneys representing Blake, released a statement after the decision was announced, saying in part, "We are immensely disappointed in Kenosha District Attorney Michael Gravely's decision not to charge the officers involved in this horrific shooting. We feel this decision failed not only Jacob and his family, but the community that protested and demanded justice. Officer Sheskey's actions sparked outrage and advocacy throughout the country, but the District Attorney's decision not to charge the officer who shot Jacob in the back multiple times, leaving him paralyzed, further destroys trust in our justice system. This sends the wrong message to police officers throughout the country. It says it is OK for police to abuse their power and recklessly shoot their weapon, destroying the life of someone who was trying to protect his children."

The Kenosha City Council voted unanimously Monday night to approve an emergency declaration that would go into effect immediately following the decision. Wisconsin Gov. Tony Evers has also authorized the Wisconsin National Guard to assist in controlling any civil unrest.

Gov. Evers released a statement following the charging decision, saying in part, "Today's decision is further evidence that our work is not done-we must work each day in earnest toward a more just, more fair, and more equitable state and country, and to combat the racism experienced by Black Wisconsinites. I hope for peace and justice for Jacob, his family, and the entire Kenosha community. I reaffirm my commitment to action to build a more just, more equitable state for every Wisconsinite. And I ask those who will exercise their right to assemble tonight and in the days ahead to please do so peacefully and safely."

Cries for justice have now spanned seasons. In sweltering summer heat to frigid winter evenings, activists have circled the now snow-covered streets of Kenosha demanding the officer be fired.

"Based on what's happened in our country, it's probably not going to go in Jacob's favor because they don't value us, our lives. They value the properties and businesses," said Tanya McLean, an activist with Leaders of Kenosha.

Mayor Antaramian and Police Chief Daniel Miskinis said they are working on plans to protect peaceful protests and prevent the unrest like that seen in the days following the shooting.

The Blake family led a small protest Tuesday night but emphatically said they do not support any violence in the wake of the decision.

WATCH: Kenosha businesses board up, bracing for potential civil unrest

Some Kenosha businesses boarded up again in anticipation of the charging decision.

"It's an uneasy feeling. We don't know what's going to happen," said Ajillian Burrell-Warfield. Her husband was helping to re-install boards to protect her hair salon, Textures RX.

"I took them down for the holidays so that I could put up holiday decorations and try to get back some normalcy," Burrell-Warfield said.

They hope to be spared from a repeat of the civil unrest and destruction that took place for weeks afterward.

Justin Blake said his nephew is focused on his recovery and an inspiration to his family. He wanted to encourage the community to come together call for justice in his case. He said they are hoping for charges in this case, but are pleading with the community to stay peaceful.

"People have the right to be upset," Justin Blake said. "We are just asking them to be upset and make a lot of noise with the Blake family today, without being destructive." 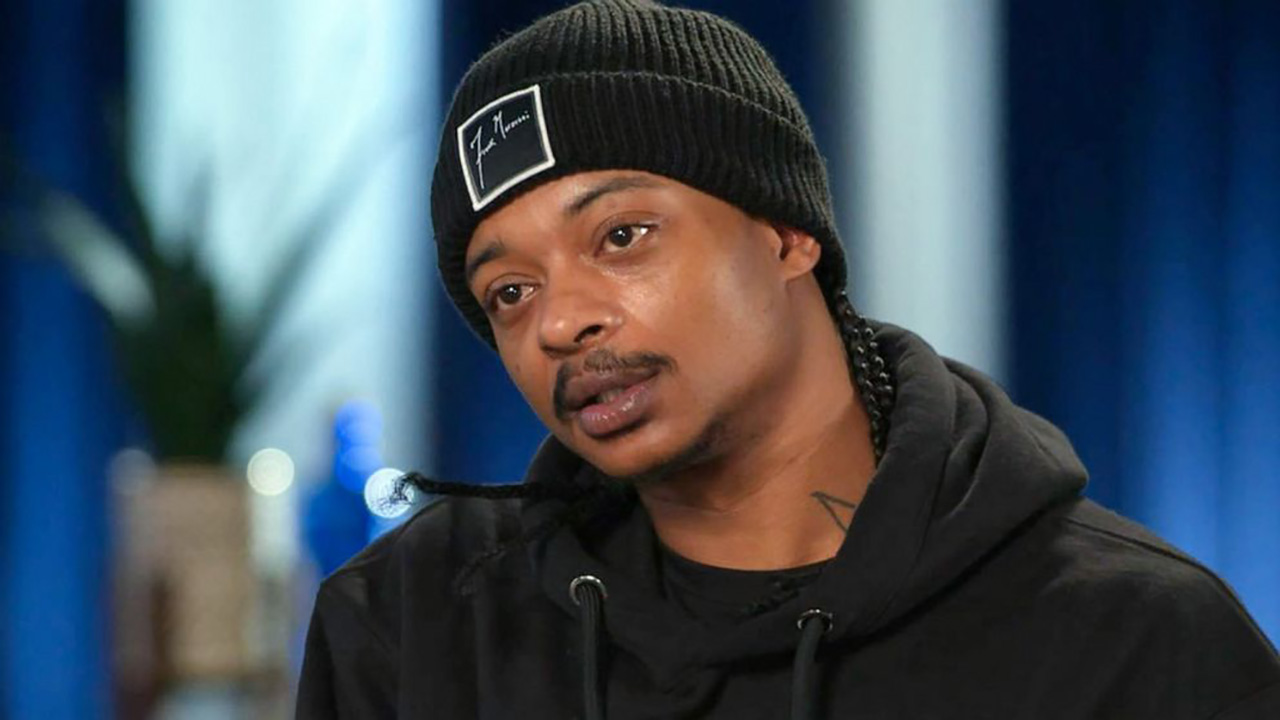 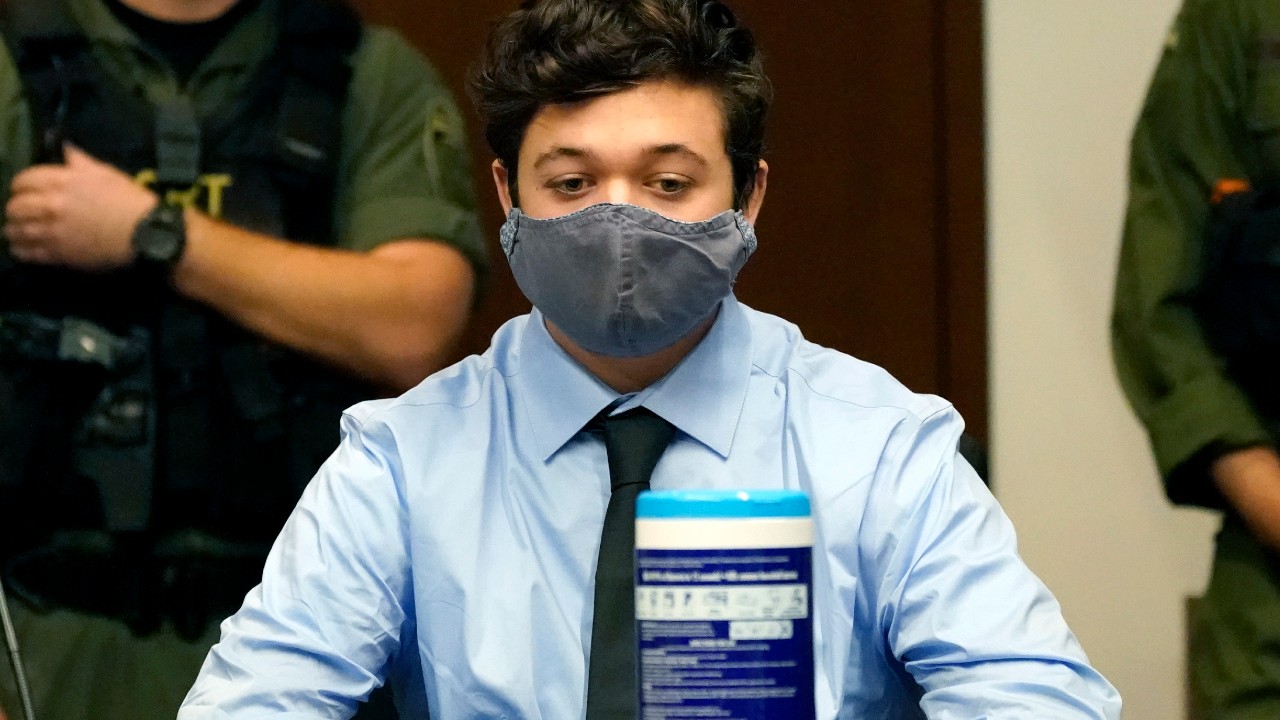