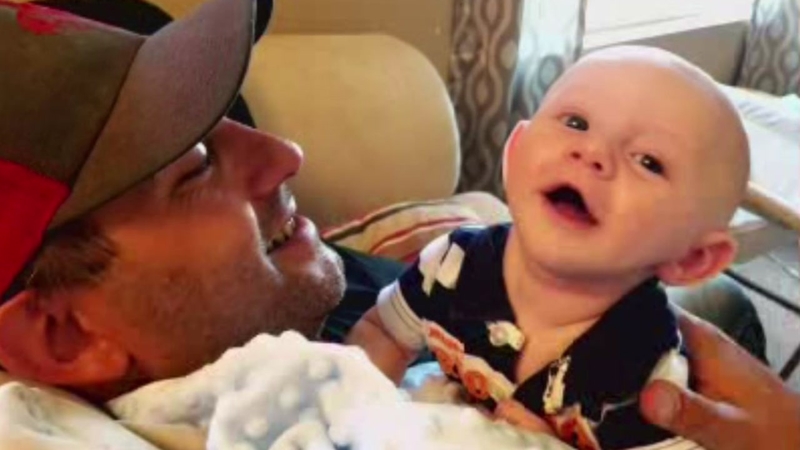 A 10-year-old Wisconsin girl is charged in the death of a six-month-old baby.

Police say she dropped the baby and stomped on his head at a daycare in Chippewa Falls.

"I waited 37 years for my own little baby boy. I was extremely lucky because he didn't cry, no fussing, he was happy smiles all the time," Jaxon's father Nate Liedl said.

His son was fighting for his life when he arrived at Chippewa Falls daycare on Oct 30.

Liedl, unsure of his son's condition, followed the ambulance to St. Joes hospital.

At first, Jaxon seemed to be okay. But then, the message no parent ever wants to hear.

"They had mentioned what are we going to do if his heart stops, and it caught me completely off guard. I had sent a couple messages out to family to let them know that Jaxon's not going to make it. I remember, I broke down out there pretty bad. Yeah, it really hit hard," said Liedl.

On the evening of November 1st, Jaxon died.


Liedl was there, shaking and overwhelmed to see his son's accused killer.

"As opposed to seeing it as a 10-year-old girl, I saw it as the person who killed my son. And she, in my opinion, deserved to be in shackles or handcuffs. She's a criminal," Liedl said

He watched the girl sob as she was taken away in handcuffs. Liedl said he had one goal in mind, to make her see him.

Liedl says his time with his son was cut even shorter due to delays in his child custody process. He said, "missing out on those first three months was hard enough. And then, to be granted only eight hours after that, I feel like they essentially robbed me of time with Jaxon. Now I'm not going to be able to get any of it back. If it helps one father get more time with their child, then that's good."

Despite the tragedy, Liedl says he does not blame the daycare provider for what happened.