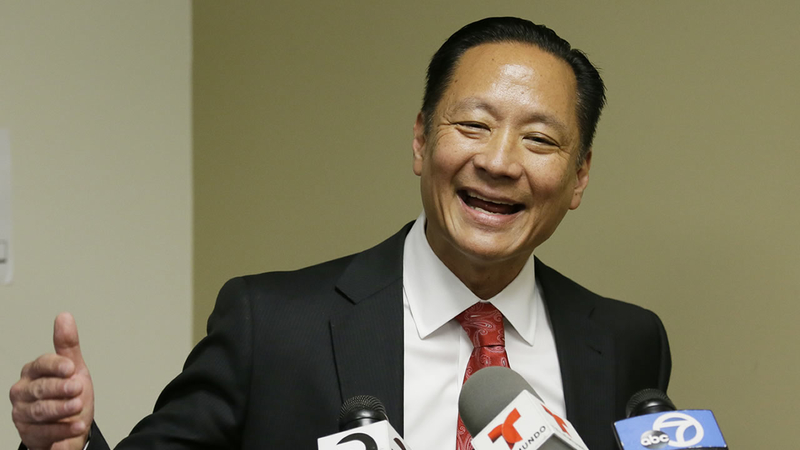 SAN FRANCISCO (KGO) -- The ABC7 News I-Team has learned that the man who San Francisco Public Defender Jeff Adachi tried to get fired from the Medical Examiner's Office as recently as three weeks ago is leading the investigation into Adachi's death.

Grief counselors met with employees at the Public Defender's Office today, as a memorial to Jeff Adachi grew. He fell ill Friday evening at this apartment on Telegraph Hill.

Homicide detectives and the Medical Examiner's Office are investigating, and say there are no signs of foul play, but Matt Gonzalez from the San Francisco Public Defender's Office is concerned about the investigation into Adachi's death.

"I've had a lot of cases over the years and this is not normal," Gonzalez said.

The police report obtained by the I-Team shows that the Medical Examiner's Director of Operations, Christopher Wirowek led the investigation Friday night, questioning witnesses at the scene.

Just three weeks ago, SF Public Defender Jeff Adachi tried to fire Medical Examiner now heading his death investigation. Should the man have removed himself from the case? I'll have that story on the news in a few minutes. #ABC7now pic.twitter.com/GzVccc8aBA

But, just three weeks before, Jeff Adachi tried to get Wirowek fired for lying in a homicide case about his office's accreditation with the National Association of Medical Examiners.

The question is, does Wirowek hold a grudge that could affect the investigation? Should he have recused himself?

The I-Team's Dan Noyes called, emailed and went to the Medical Examiner's Office, and Christopher Wiroweck would only say through his staff that he's too busy to talk.

Memorial to Jeff Adachi in lobby of S.F. Public Defender’s Office. Grief counselors from other agencies here for the employees. #ABC7now pic.twitter.com/GRSlVKXKXu

Gonzalez is also concerned that after police took these pictures Friday night, they wanted to come back Saturday and take more. The building owner refused, so police got a search warrant and on Sunday, broke down the door.

Gonzalez believes it's clear, that his close friend and colleague died of natural causes -- some sort of heart attack. Late last night, I spoke with the realtor and friend of Adachi's who gave him the keys to that apartment. She took the call from Adachi's friend, frantic that he had fallen ill.

Police sources tell I-Team's Dan Noyes they've finally been able to speak with the woman who was with Adachi that night. We've know her only as Caterina.

After she called 911 on Adachi's cell phone, she apparently kept that phone. Dan Noyes says it's safe to assume the phone will become part of the investigation.

The autopsy was performed yesterday, but there's no word yet on when the results will be released