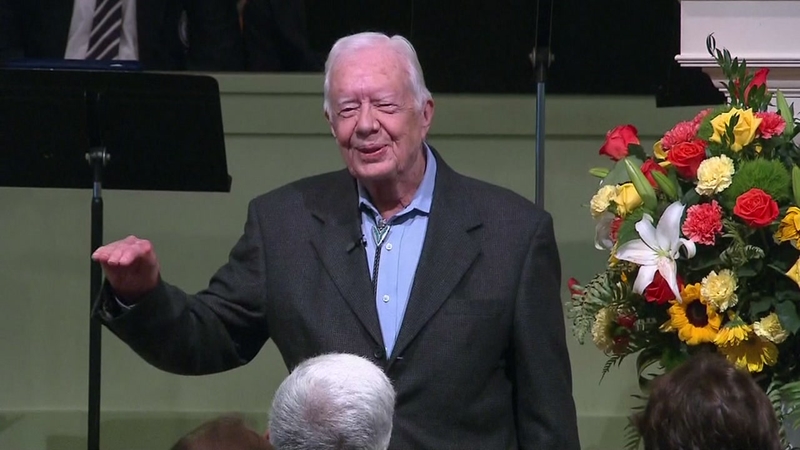 Jimmy Carter is now the longest living president in the history of the United States.

On Thursday, after some debate on social media about whether Jimmy Carter had already broken the record or would do so Friday, the Jimmy Carter Library jumped in to issue the final word.

While we still think some of you may have jumped the gun (ahem, @AJC, @Wikipedia), we're happy to join in and recognize that President Jimmy Carter has set, or will soon set, the record for being the US's oldest living president. pic.twitter.com/2LcDGi1cpy

Carter already held the record for former president who lived the longest after leaving office. Carter has been out of office for more than 38 years. Gerald Ford was the previous record holder for that distinction.

Carter earned the Nobel Peace Prize in 2002 for his creation of the Carter Center to promote human rights worldwide. Carter is also an avid volunteer with Habitat for Humanity.

He is a cancer survivor. He was diagnosed with metastatic melanoma in 2015, according to ABC News.