In an essay he wrote shortly before he died and that was published in The New York Times on Thursday, the late Rep. John Lewis implores younger generations to keep fighting, tellin

ATLANTA -- John Lewis spent his whole life fighting for civil rights - and he wanted to make sure the cause lived on after his death.

In an essay he wrote shortly before he died and that was published in The New York Times on Thursday, Lewis implores younger generations to keep fighting, telling them, "Now it is your turn to let freedom ring."

Lewis died July 17 at age 80. He asked that the essay be published on the same day as his funeral, which was being held Thursday at the Ebenezer Baptist Church in Atlanta where he worshipped and his mentor, the late Rev. Martin Luther King Jr., preached.

"Though I may not be here with you, I urge you to answer the highest calling of your heart and stand up for what you truly believe," Lewis wrote. "In my life I have done all I can to demonstrate that the way of peace, the way of love and nonviolence is the more excellent way. Now it is your turn to let freedom ring."

Lewis also recalls what he learned from King, whose sermons he had discovered while scanning the radio dial as a 15-year-old boy growing up in then-segregated Alabama.

"He said we are all complicit when we tolerate injustice," Lewis wrote. "He said it is not enough to say it will get better by and by. He said each of us has a moral obligation to stand up, speak up and speak out." 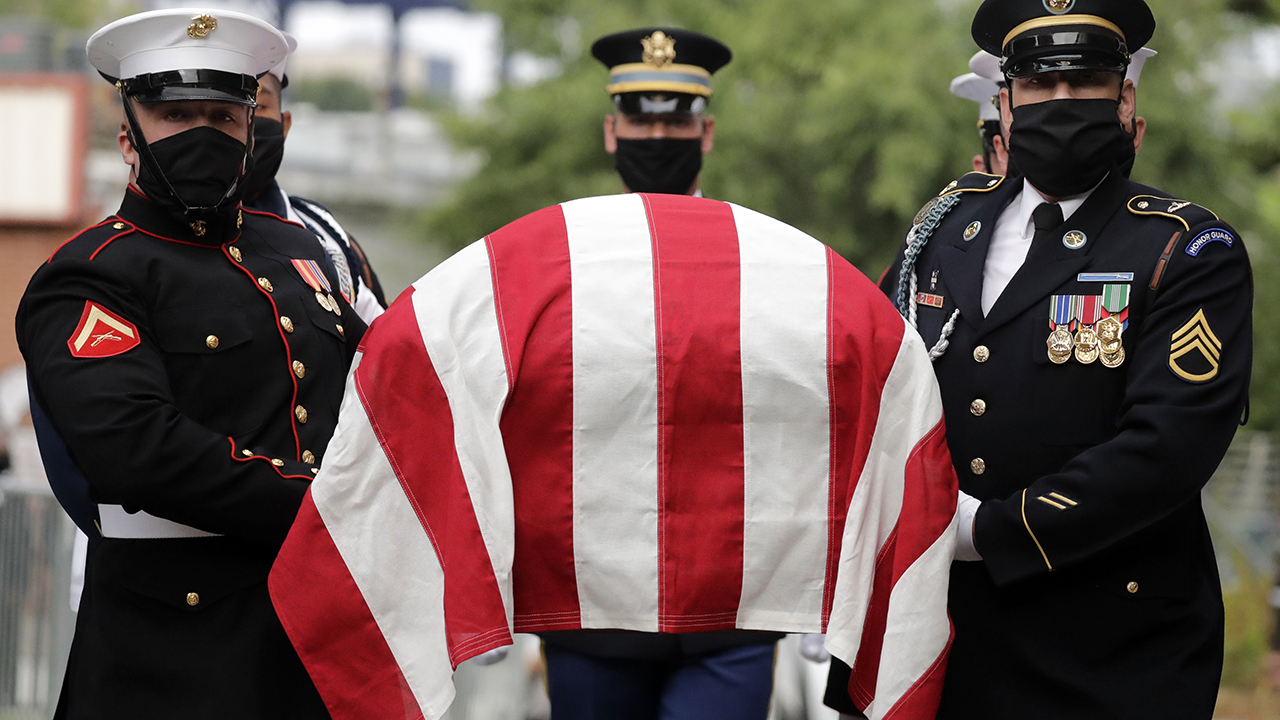