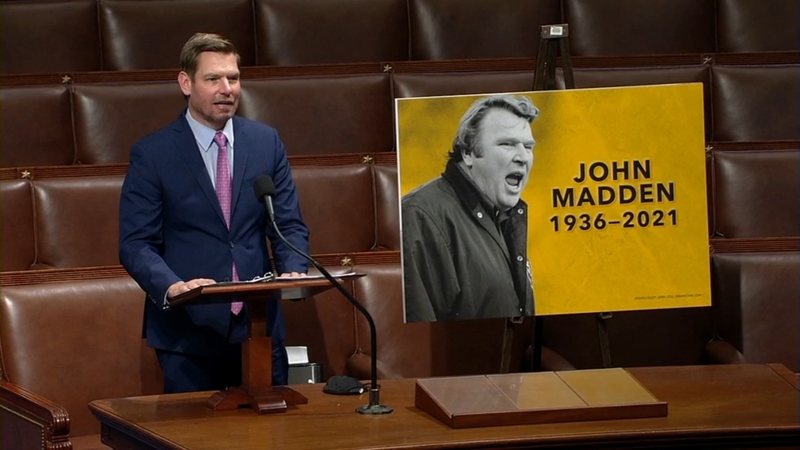 Swalwell, along with Congressman Rodney Davis, Congressman Jim Costa, and Congressman Jerry McNerney will each paid tribute to Madden on the Floor of the U.S. House of Representatives on Tuesday.

Madden coached the Oakland Raiders for 10 seasons, leading them to a Super Bowl title.

He grew up in the Bay Area and lived in Pleasanton, which is in Swalwell's congressional district.

Madden died in late December at his home in the East Bay. He was 85.