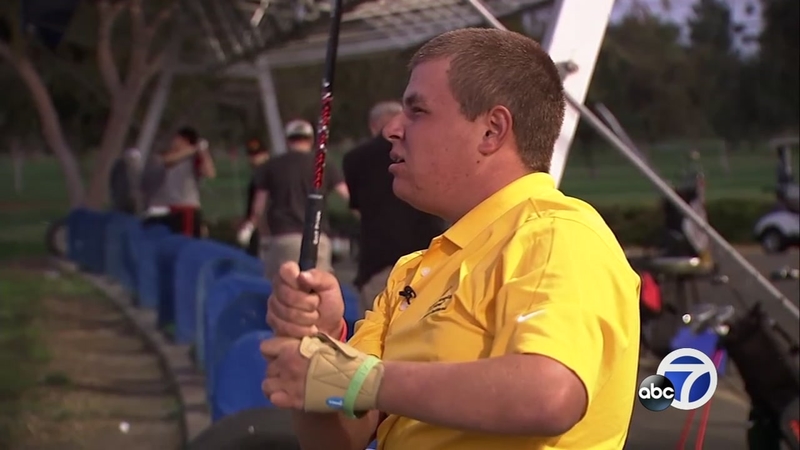 PLEASANT HILL, Calif. (KGO) -- John Scott Senz is practicing for what will be his biggest tournament yet. He'll be playing alongside some of the biggest names in golf.