Judge Esther Salas, whose son was killed at NJ home, speaks out about new bill to protect judges

Salas' son, Daniel Anderl, was 20 when he was shot and killed by a gunman who had targeted the family's home.
ABCNews
By Danielle Genet & Alexandria Goodson via GMA 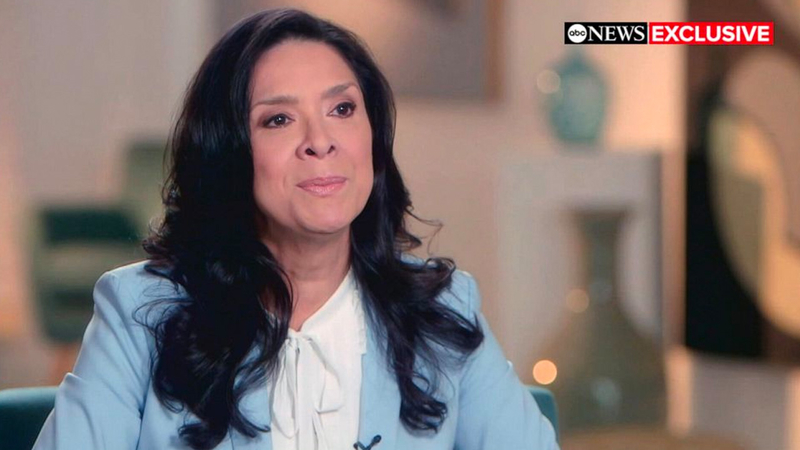 NORTH BRUNSWICK, N.J. -- Nearly two years after her son was murdered at home, a New Jersey judge is fighting to get a federal bill passed that would limit access of public officials' private information.

"I think we have to start asking ourselves why are our leaders not passing this law. Why are they not moving it? To my knowledge, there is nothing controversial about protecting judges' home addresses and our social security numbers," Salas told "GMA" Wednesday. "The Daniel Anderl Judicial Security and Privacy Act is ready to go. It's been ready to go for months. It's narrowly tailored to address this immediate interest, this governmental interest that is vital to democracy."

The act is named after Salas' son, Daniel Anderl, who was 20 when he was shot and killed at home on July 19, 2020. A gunman had targeted the family's home, also critically injuring Salas' husband, Mark Anderl.

The assailant was identified as Roy Den Hollander, a lawyer who posed as a FedEx delivery driver to carry out what was later determined to be a racially motivated attack. Hollander had allegedly been upset with the way Salas had handled a case he had been involved in and kept a detailed dossier of private information on the judge, including her home address, according to the FBI. The day after the attack, Hollander was found dead in a car from a self-inflicted gunshot wound.

Daniel's Law, which "protects the home addresses and telephone numbers of judges, prosecutors, and law enforcement officers from public disclosure," was signed by New Jersey Gov. Phil Murphy in November 2020, according to a press release from the governor's office.

A similar law, the Supreme Court Police Parity Act, has been introduced at the federal level and the U.S. House is set to vote on the proposal Wednesday. The act passed unanimously in the Senate Monday and would grant Supreme Court justices and their families the same level of security that is given to other government officials in the legislative and executive branches. If it passes in the House, the act would get sent to President Biden's desk.

The act has gained more support in recent days as protesters have been gathering at the homes of Supreme Court Chief Justice John Roberts and Justices Brett Kavanaugh and Samuel Alito, following the leak of a draft opinion last week that indicated the nation's highest court may overturn the landmark 1973 Roe v. Wade case that made abortion legal in the country.

But for Salas, the Supreme Court Police Parity Act doesn't go far enough. She said the priority should be on the Daniel Anderl Judicial Security and Privacy Act.

"I think of Daniel the moment I opened my eyes in the morning and I think about him every single moment of my life. And you know what? We need to know that we can do our jobs. without fear of retribution, retaliation or death. That is all that judges are asking for," Salas said.
Report a correction or typo
Related topics:
new jerseymurderjudgeu.s. & worldbills
Copyright © 2022 ABC News Internet Ventures.
TOP STORIES
2 dead after SF officers respond to assault, fire weapons, police say
East Palo Alto residents demand action after deadly shooting
ABC7's new 24/7 live stream offers local news, weather
2 Cal students make history as 1st nonspeaking autistic graduates
Owner of popular Oakland restaurant dies in shooting
Kidnapped CA teen found in NY thanks to quick-thinking detective
Oakland is target of most Bay Area freeway shootings, data shows
Show More
2 killed after shooting, crash on EB I-580 in Oakland, CHP says
Expert weighs in on when you can buy a car amid chip shortage
Coastal communities upgrade water systems in face of drought
What is monkeypox? What to know after US confirms 1st 2022 case
Red Flag Warning prompts North Bay park closure
More TOP STORIES News