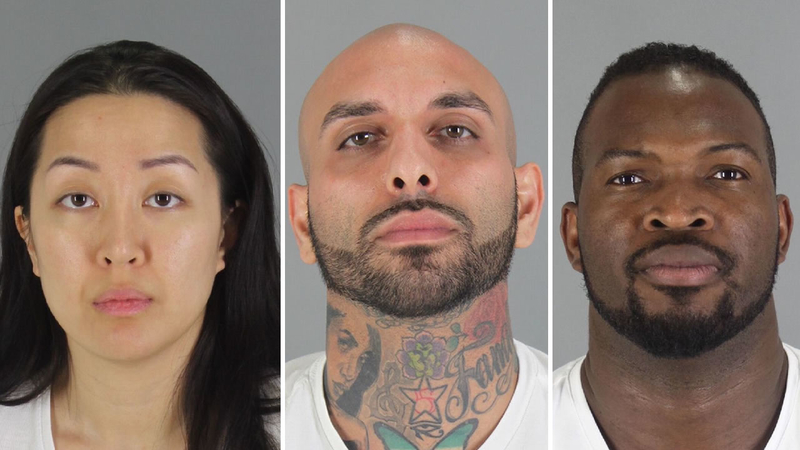 REDWOOD CITY, Calif. (KGO) -- ABC7 News is learning exclusive new investigation into the high profile Bay Area murder case and what led to the arrests of the victim's ex-girlfriend and two others.

They're charged with the murder of Keith Green, Li's ex-boyfriend and father of their two young children.

His body was found in mid-May in a field in Sonoma County with a single gunshot wound to the neck.

A week and a half later on May 20, sheriff's deputies went to an apartment building in Burlingame and arrested Adella, who's a mixed martial arts fighter and Li's trainer.

RELATED: EXCLUSIVE: Murder suspect's wife says she fears him, is in hiding

Early the next morning, a SWAT team raided Li's Hillsborough mansion where they arrested her and Bayat.

Several sources tell us that after investigators identified Green's body, they began looking at Li and Bayat.

Their probe also led them to Adella, who ran a limo business.

Investigators found he had sold his Mercedes shortly after Green went missing.

They found the new owner and checked the car.

Sources say that by using luminol, a chemical that detects blood that's been cleaned, they found blood traces in the trunk that turned out to be Green's.

Investigators also found evidence that led them to believe Adella was a flight risk.

They quickly took him into custody at his apartment.

"There's a likelihood when you're talking about a life sentence or a long sentence that somebody will talk," he said.

Armed with a search warrant, the SWAT team went to Li's home. They ended up taking her and Bayat into custody.

"They knew what they were looking for and evidently found it, which allowed them to get the arrest warrant," said Smith.

Sources tell us investigators believe Green was killed in the garage or at another San Mateo apartment where Li also lived during her separation from Green.