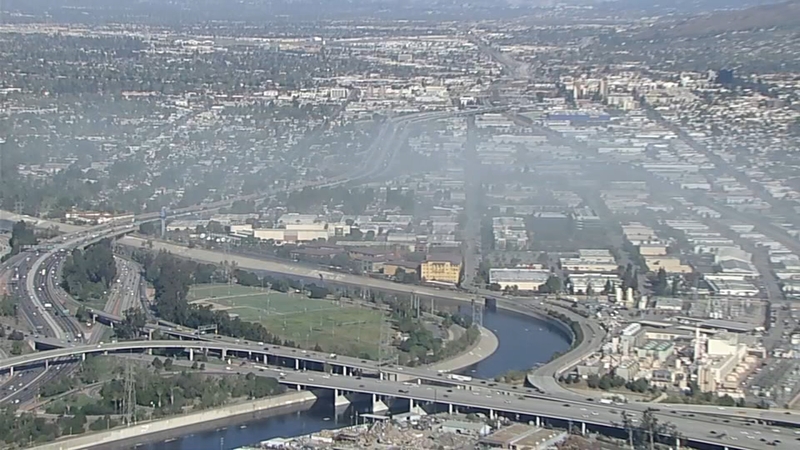 ATWATER VILLAGE, LOS ANGELES -- A hazardous materials incident Thursday morning at an industrial facility sent a massive, pungent cloud into the air above Atwater Village and prompted a response from firefighter-paramedics.

Although the incident was initially reported as an "automatic fire alarm" at Huntsman Chemical in the 4500 block of West Electronics Place, a fire did not occur, according to the Los Angeles Fire Department.

"There was an incident reportedly during the transport of a product, which resulted in a leak," the Fire Department said in a statement. Details about the product were not specified.

The building involved in the chemical spill was evacuated, the LAFD said. No injuries were immediately reported.

The Fire Department urged members of the public in the immediate area to shelter in place. Those who chose to evacuate were advised to travel south of Electronics Place.

The cause of the incident was under investigation.