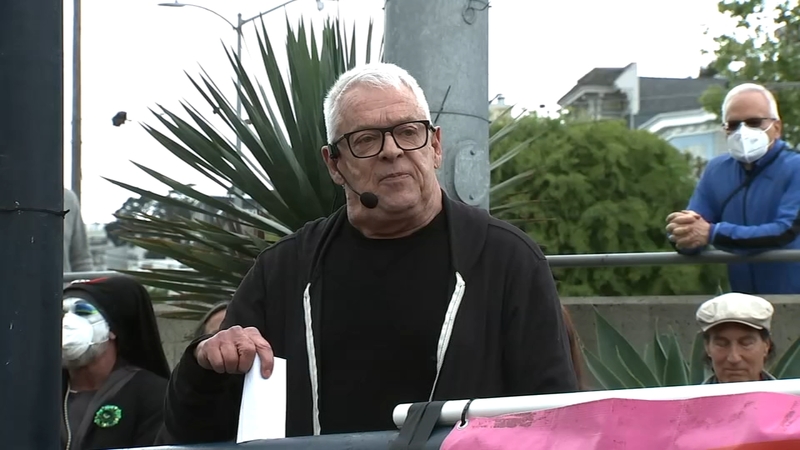 SAN FRANCISCO (KGO) -- A tenant's rights battle is brewing in San Francisco, where iconic LGBTQ activist Cleve Jones is fighting a move by his landlord to stay in the Castro neighborhood apartment where he's lived for more than a decade.

Dozens of tenants' rights activists and city officials gathered Sunday to rally in support of Cleve Jones, who says he's fighting a move by his building's new owner that would double his current monthly rent to more than $5,000 per month. Jones says his landlord is using a legal loophole to hike the rent, claiming the apartment is not his primary residence. Jones denies this, saying he does own a small home near the Russian River where he went during COVID lockdown because he's immunocompromised. Instead of packing up, Jones says he's staying in the Castro.

"Today is not just about showing solidarity with Cleve, it's about the thousands of people across the city who have lived in their homes for decades who are being harassed, evicted, or rent gouged to force them out of the community," said San Francisco Supervisor Dean Preston.

The San Francisco Rent Board could hold a hearing on the matter in the future. ABC7 News has reached out to Jones' landlord but have not heard back.