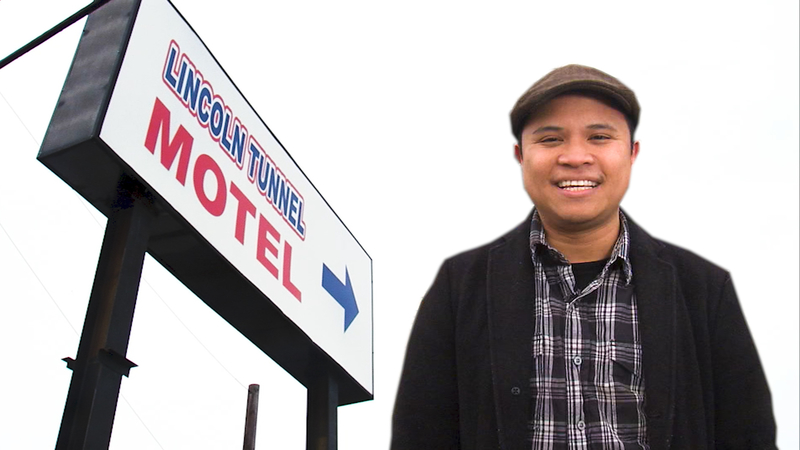 NORTH BERGEN, N.J. -- A no-nonsense motel in New Jersey has garnered some unexpected social media fame for being a rather special place for those who don't have a home.

"I was essentially born into the motel business," Brian Arya said, the owner.

And now more than 824,000 people on TikTok are following daily life at one of Arya's properties, the Lincoln Tunnel Motel in North Bergen.

"What we've been doing in this community is changing attitudes, changing viewpoints, and changing perspectives," Arya said.

Arya's family has been in the motel business for decades and as a child, he lived in one of their properties.

"I was always jealous of my friends I went to public school with who lived in (in a home with a) nice white picket fence," Arya said.

For some time, Arya fought the idea of going into the hospitality industry and moved to Los Angeles to go into theater, but he returned home to partner with his father.

"My father, unbeknownst to me, was always known as the guy who would help people out," Arya said.

Which got Brian thinking, so he joined TikTok. A single post changed everything.

"If they are in the area and they need a free room for the night, we are willing to give that," Arya said of the post.

The response was overwhelming from both those in need and others offering support.

Now retired, Brian's nearly 90-year-old dad is proud of his son for carrying the family torch.