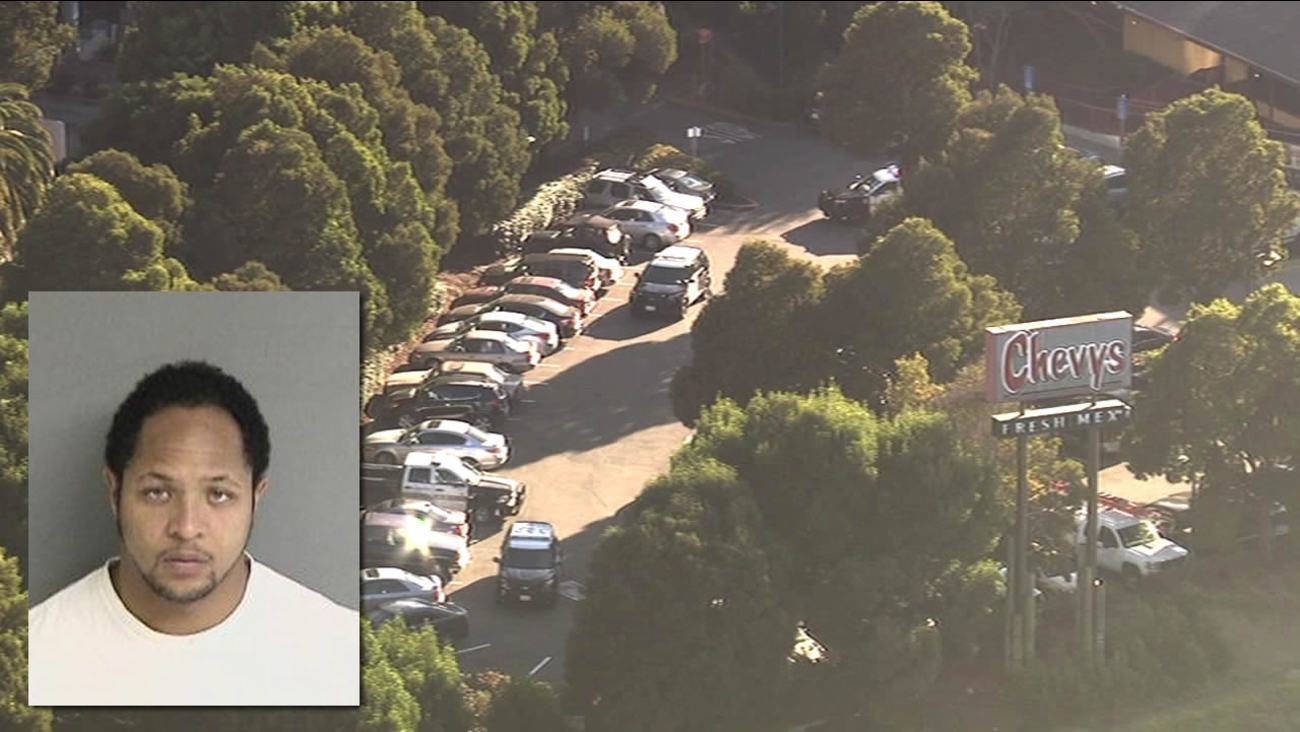 A search for a suspect identified as Ricky Joseph, 27, prompted a lockdown near Powell Street and Interstate 80 in Emeryville, Calif. on Friday, September 25, 2015. (KGO-TV)

Police have lifted a lockdown order for the area surrounding a Chevy's restaurant on Powell Street near Interstate 80 in Emeryville. Police are continuing to search for the suspect.

Authorities say the chase began Friday afternoon when East Bay Regional Park police officers began chasing a suspect in a car. The man pulled into the parking lot of the Chevy's and ran away.

Authorities have identified the suspect as Ricky Joseph, 27. He is African American, six feet one inch tall and weighs 210 pounds.

East Bay Regional Parks and Fremont police say Joseph is a known gang member and is believed to be responsible for a series of car burglaries. Police discovered him near cars that had just been broken into. That's when the suspect then led officers on a chase through Oakland and Emeryville.

We're currently out assisting @oaklandpoliceca and @Emeryville_CA PD with a fleeing suspect west of 80 near Powell St.