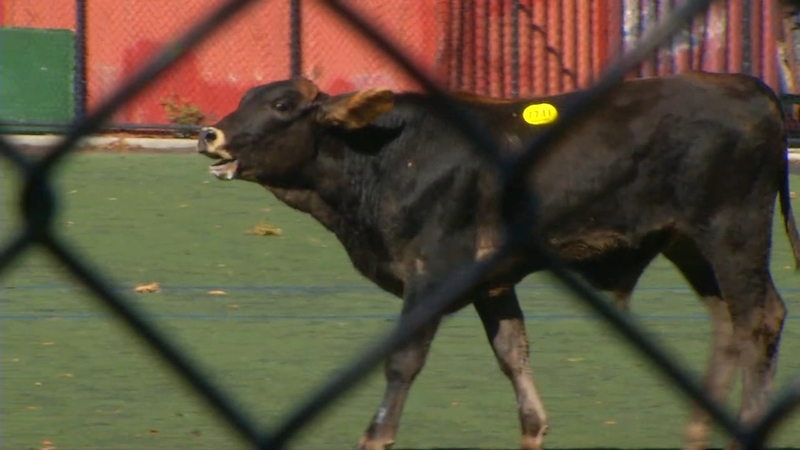 Bull on the loose near Prospect Park in Brooklyn

PROSPECT PARK, Brooklyn -- A loose bull that caused quite the commotion after wandering through a park in New York City's Brooklyn borough has been captured.

First identified as a cow, the bull was cornered while running around the soccer fields on the south side of Prospect Park.

It then continued to roam through the field, as a large crowd gathered outside a fence.

Watch some highlights of a loose bull that roamed through Prospect Park in Brooklyn Tuesday.

Animal officials eventually tranquilized the bull took it away from the park, after several hours of trying to corral it.

There's no word yet how the bull got loose, or what will happen to it now.

Multiple people spotted the bull as it started its journey through the area:

There's a cow roaming the streets of Prospect Park.

Cow on the moove in Brooklyn

Just saw a COW bolting up 17th St in S. Slope. On the sidewalk. In case I thought there was nothing new to be seen after a lifetime in NYC.

FDNY officials said a child who was in a stroller was injured when the bull apparently knocked the stroller over. It happened near Park Circle and Prospect Park Southwest.