KGO
By by Melanie Woodrow
SAN FRANCISCO (KGO) -- The man San Francisco police are calling the "Rideshare Rapist" appeared in court for the first time Tuesday since being arrested for allegedly raping four women while posing as a rideshare driver.

According to ICE, 37-year-old Orlando Vilchez Lazo is here in the United States illegally.

The San Francisco District Attorney's Office has charged him with four rapes that occurred over five years. Lazo is being held without bail and faces life in prison for the charges.

His arraignment was put over until Thursday. And now Lyft is responding to new questions regarding how Lazo passed the rideshare company's background check.

"It's completely premature to be talking about the facts as alleged," said Deputy Public Defender Eric Quandt.

Those allegations, according to the SFPD, are that Lazo raped four people between 2013 and 2018 by posing as their rideshare driver as his victims left nightclubs and bars in downtown San Francisco.

Lyft says, "We have confirmed that this person did drive for Lyft, but as soon as we were made aware of these horrific and deeply disturbing allegations, we immediately deactivated him."

Police say DNA evidence linked Lazo to the assaults. They arrested him this past Thursday.

The following day, ICE says it lodged a detainer with the San Francisco County Jail for Lazo, who is a citizen of Peru here illegally.

ICE wrote, "The San Francisco County Jail does not honor ICE detainers nor notify ICE about the impending release of aliens in its custody. In doing so, the jail not only provides a refuge for illegal aliens, but it also shields criminal aliens who prey on people in the community."

The San Francisco Police Department says, "There's no response required to this request unless and until the person is subject to release."

Lazo is being held without bail.

"ICE has made this case about sanctuary laws and immigration status and that has nothing to do with the charges that are being brought by the District Attorney," said Quandt.

"We're alleging that he has committed multiple rapes, that's what this case is about. And again the defendant has no criminal history that I can tell," said San Francisco DA's Office's Alex Bastian.

Investigators say they believe there may be more victims.

Lyft is now responding to how Lazo passed its background check since he is not a U.S. citizen. "Individuals who drive for Lyft must be eligible to work in the United States. Unfortunately, in this circumstance, this person fraudulently represented himself. We stand ready to work with law enforcement and are actively addressing this case of fraud with our background check provider." 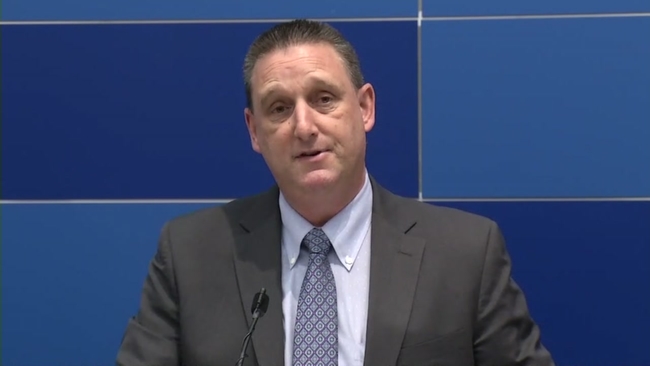