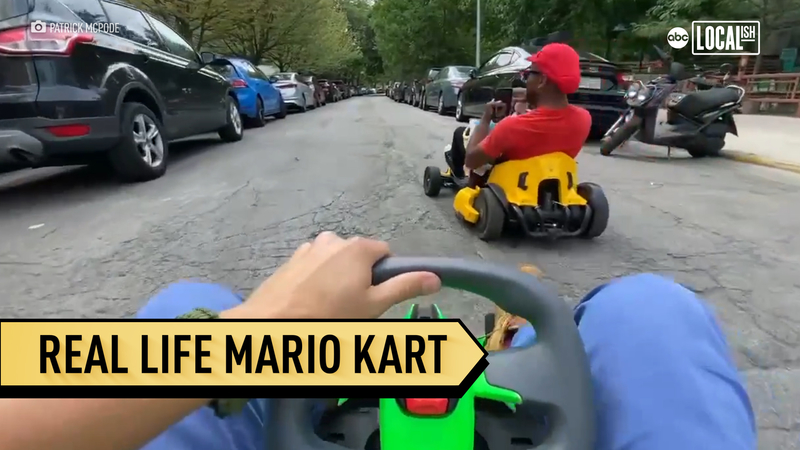 CHICAGO -- A man from Chicago with an obsession for Mario Kart is bringing the video game to life.

Around this time last year, Joshua Schaffer bought a go kart, dressed up as Mario from Mario Kart and drove around the city playing the video game's theme song. From there, he's caught the eye of many Chicagoans.

"I was just bored during the quarantine and there was nothing else fun to do and I saw the go kart on Amazon and just ordered it. Then I got the idea to dress as Mario and it went viral on TikTok," said Schaffer.

Schaffer has traveled to more than 10 states with his go kart, and he said the reactions on people's faces is priceless.

Schaffer said he's been a big fan of the Mario Kart games since he was a child. He said he enjoys seeing the reaction of Chicagoans. Schaffer, a local celebrity in his own right, has over 700,000 followers on TikTok and over 40,000 on Instagram.