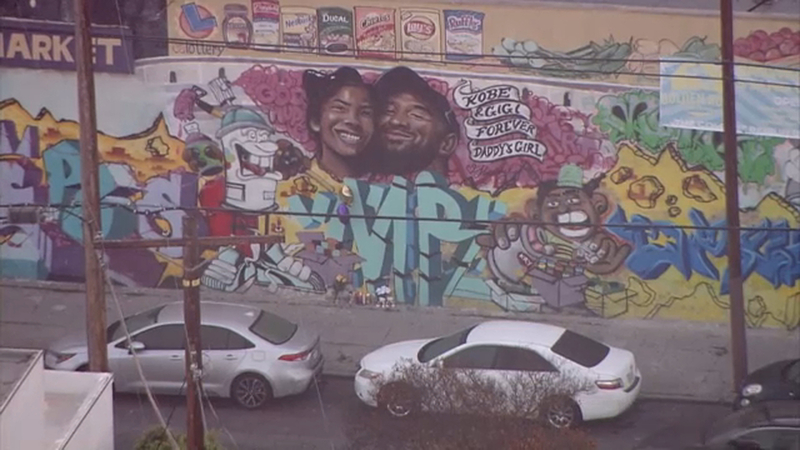 MID-CITY, LOS ANGELES -- Less than 24 hours after the death of Kobe Bryant and his 13-year-old daughter Gianna, a new mural dedicated to the two popped up in the Mid-City area of Los Angeles.

The mural features their faces with the words "Kobe & Gigi Forever. Daddy's Girl."

The father and daughter were among the nine people killed Sunday when a helicopter crashed in Calabasas.

Among the others killed in the crash were John Altobelli, 56, longtime head coach of Southern California's Orange Coast College baseball team; his wife, Keri; and daughter, Alyssa, who played on the same basketball team as Bryant's daughter Gianna.

Also killed were the pilot, Ara Zobayan, an assistant coach at Bryant's Mamba Academy, Christina Mauser, and another teammate of Gianna's, Payton Chester, and her mother, Sarah Chester.

Tributes continue to pour in and makeshift memorials have been popping up across Southern California since the tragedy.