Millbrae teacher accused of having inappropriate relationship with teen girl 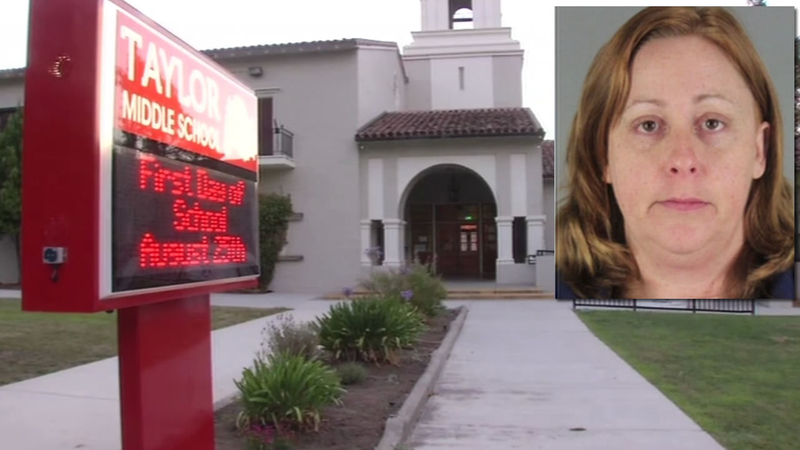 Millbrae teacher accused of having inappropriate relationship with teen girl

MILLBRAE, Calif. (KGO) -- A Millbrae teacher is in jail for engaging in what police say was inappropriate behavior with a 15-year-old girl.

Heather Butts, 40, teaches English and drama at Taylor Middle School. Authorities aren't saying if the victim is, or was a student.

The San Mateo County Sheriff's Department released the booking photo of Butts hours after taking her into custody. Prior to her arrest, officers had been monitoring her, staking out the front of her Millbrae home where she lives with her husband and two small children.

Butts has been charged with committing a lewd and lascivious act with a child and contacting a minor with the intent to commit a felony.

The investigation began when officers received a tip from a caller that Butts was engaging in inappropriate behavior with a girl inside a car. They say they later determined that the two had been having a relationship.

Estefany Garibay was a student of Butts last year. Her mother gave her permission to speak with ABC7 News.

"I was like, whoa, I didn't really expect it," Garibay said. "They're all like free Ms. Butts and stuff like that, but they're all like surprised because no one would ever suspect a teacher."