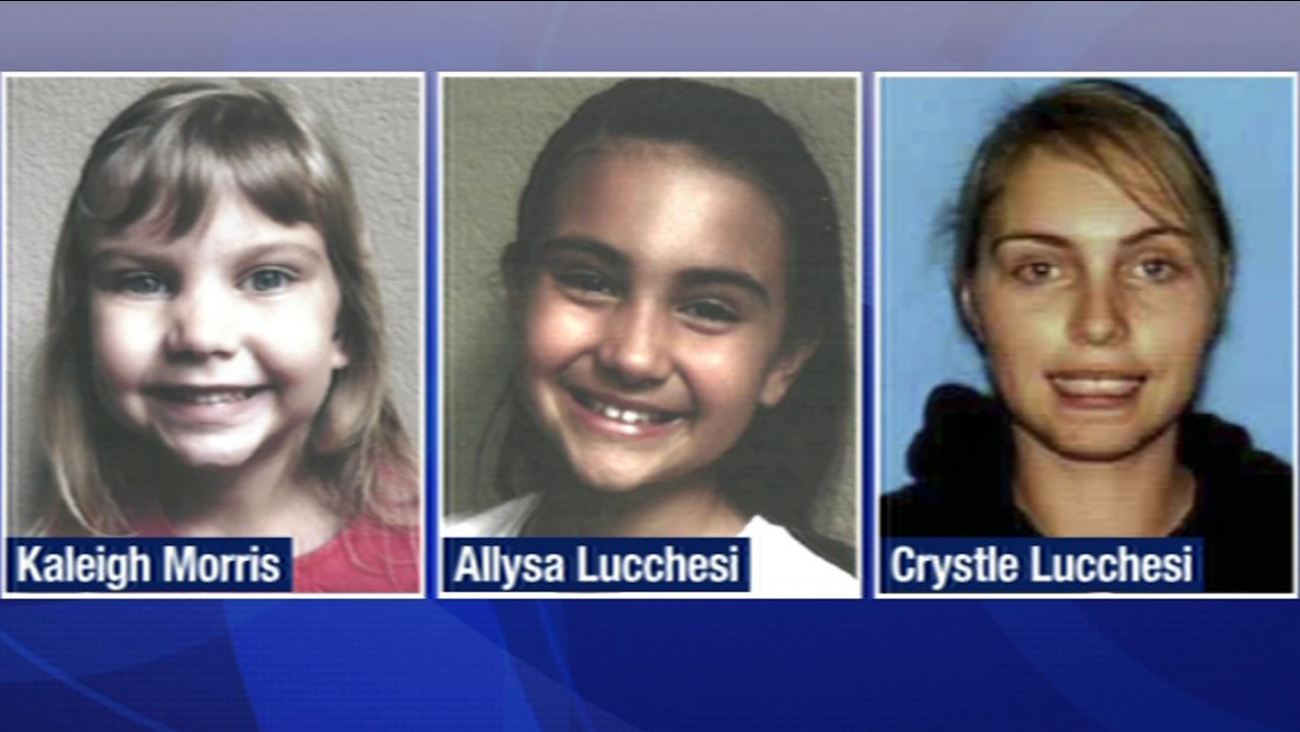 Police have found 7-year-old Kaleigh Morris and her sister, 10-year-old Allysa Lucchesi who were believed to be with their mom, 32-year-old Crystle Lucchesi. (KGO-TV)

Alyssa Lucchesi, 10, and Kaleigh Morris, 7, were reported missing around 2 p.m. Saturday, according to the state Governor's Office of Emergency Services.

The girls were found safe at an Antioch home with relatives, who notified police around 6:45 a.m., Antioch police acting Lt. Tom Fuhrmann said.

No arrests were made, according to Fuhrmann.