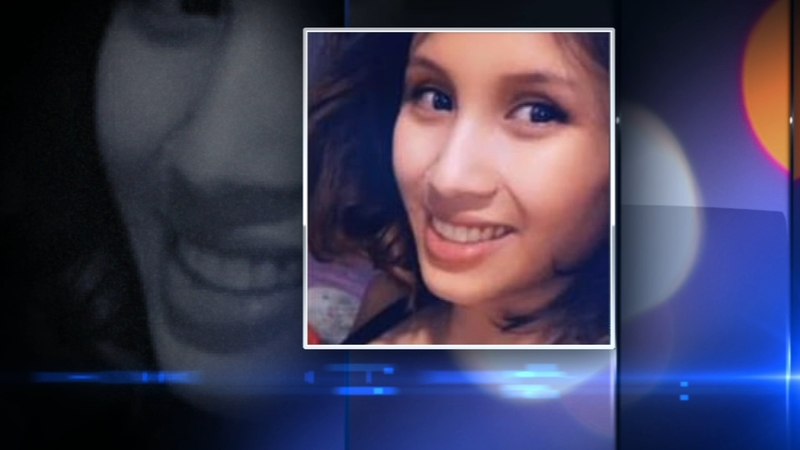 Remains found on SW Side identified as missing Pilsen woman

CHICAGO -- Human remains found near a home on Chicago's Southwest Side have been identified as a 19-year-old woman who has been missing for three weeks, who was nine months pregnant when she disappeared, officials said Wednesday afternoon.

The Cook County Medical Examiner's Office identified remains found at a home in the 4100-block of West 77th Place as Marlen Ochoa-Lopez. They said her cause of death was ligature strangulation. Her death has been ruled a homicide.

Around 7 p.m., the police investigation seemed largely focused on or around a fire pit in the back yard.

A spokesperson with the family of Ochoa-Lopez said tips from the public led them to direct police to the home in the 4100-block of West 77th Place. Police said four persons of interest, two men and two women, were taken from the home for questioning Tuesday.

Starting around 5 p.m. police widened the perimeter around the home, pushing it back a block and setting up crime tape. It's possible they may soon be executing a search warrant.

Ochoa-Lopez's family said her car was found near the home last week, and that their daughter exchanged messages on a Facebook group with one of the women who lived in the home over baby items.

"She was giving clothes away, supposedly under the pretenses that her daughters had been given clothes and they had all these extra boy clothes, and that's where the false pretenses that I believe led her to that house," said family spokesperson Cecilia Garcia.

A woman who asked to remain anonymous said the woman from the house used to babysit her infant until she began acting strangely.

"She told me how she was getting really attached to the baby, how she couldn't wait to be a mom again," the woman said. "She said that she needed money because she was having a new baby. She told me she was due in May."

Multiple neighbors who wished to remain anonymous told ABC7 Eyewitness News that on April 23, an older female resident of the home on West 77th Place was seen bloodied and holding a baby wrapped in a towel, screaming that her baby was not breathing. That was the same day Ochoa-Lopez was last seen alive in Pilsen.

One of the women living in the home allegedly called 911 after the baby was born, claiming it was hers.

"The caller gave birth 10 minutes ago," a 911 dispatcher tells the Chicago Fire Department. "Forty-six years of age. The baby isn't breathing. The baby is pale and blue. They are doing CPR."

Chicago fire officials confirmed that shortly after 6 p.m. firefighters responded to the address for a baby in distress. CPR was performed and the baby was taken to Christ Hospital, officials said.

The family said Wednesday morning the baby was found alive and is in the hospital.

Wednesday, a family spokesperson said after detectives were able to do a DNA test, they were able to confirm the baby taken to the hospital in April is Ochoa-Lopez's child.

"The grandma was telling me that the baby is beautiful, but the baby is in critical condition. We're praying. She's like, 'I believe in miracles, I don't believe what the doctors tell me,'" said Garcia.

Garcia said the baby was named Yadiel and is currently in critical condition at Christ Hospital.

The family said they are hopeful, but are preparing for the worst.