The prom was scheduled before the ordinance came to be, and is at the traditional location the school has used for decades.
KGO
By Zach Fuentes 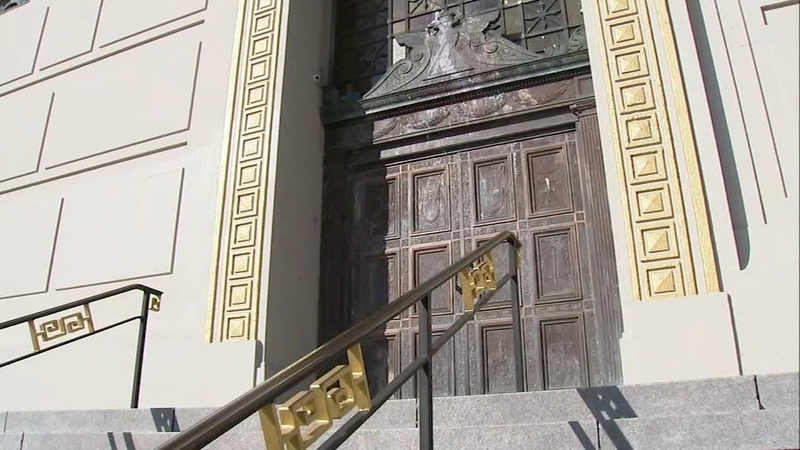 OAKLAND, Calif. (KGO) -- An ordinance in the City of Oakland, may keep some Contra Costa County high school students from going to their junior prom.

The city now requires vaccinations for indoor events, a change that's been made since Danville's Monte Vista High booked an Oakland venue.

The school principal is fighting for an exception for students he says have no choice in their vaccination status.

Oakland's Scottish Rite Center has long been the local venue for special events, including the Monte Vista High School prom since at least the 1990s.

The school booked it again in advance for this year's junior prom set for February 12.

"They were out of school for such a long period of time, and stuck at home. They are all craving these kinds of super fun events," said Lisa Gross, a Monte Vista High School parent.

Dr. Kevin Ahern, the school principal, says that when they booked the venue, they thought it would fall under Alameda County's guidelines for large indoor events: Vaccinations required or a negative COVID test.

"What we weren't aware of was that, in December, the City of Oakland had put together an ordinance that required vaccination only," Dr. Ahern said.

The city's ordinance only allows a negative COVID test instead of vaccines if a person shows proof of a verified medical exemption.

A new law what would add the COVID vaccine to a list of required vaccinations for kids in California schools is causing a debate among parents.

Ahern says with the short notice they've been faced with, the unvaccinated students wouldn't have time to become fully vaccinated by the February 12 prom.

The school checked with the venue on rescheduling the prom in the hopes that given more time, an agreement with the city can be made or the ordinance changes. The venue though, is booked out until at least August.

Dr. Ahern sent a proposal to the city, asking that high schools leasing venues be allowed to accept a negative COVID test.

He said that the high school would offer the tests on campus the day before the February 12th prom.

Ahern says the proposal has so far not been successful with the city.

We reached out to a City of Oakland spokesperson who said that the City Administrator's Office did receive Dr. Ahern's proposal and that it was reviewed by the City Attorney's office. The spokesperson sent a statement that said in part:

"The ordinance does not authorize City staff with discretion to grant the exemption proposed. However, a person attending a Large Indoor Event such as this may be exempt from the vaccine proof requirement if they are entitled under any applicable law to a reasonable accommodation for a medical condition."

Some parents kept their kids out of school Monday to protest Governor Newsom's COVID vaccine mandate for school children.

The statement went on to detail what kind of verification would be needed if there is a medical exemption.

Dr. Ahern says a potential back up plan could be having the event at the high school gym but that it would be a far cry from the special event the students had hoped for and the student-sponsored event paid for.

"If we pull out, yes, we will lose a deposit there but also, all those vendors that they're working with are also going to lose out and so I don't want to leave them hanging," Dr. Ahern said, "There's a lot of pieces there that play in, for one night, for a four hour event and so I think it's again, one more reason why it's important for us to address this and find a way down the middle that would work for all parties involved."

Dr. Ahern says that he wants to continue the conversation with the city so that students who have spent two years in the pandemic can enjoy a sense of normalcy.

"They've (endured) canceled graduations, proms, other events," he said. "This is that first opportunity to really celebrate as a class."