5 hospitalized in Muni vs. truck accident in San Francisco 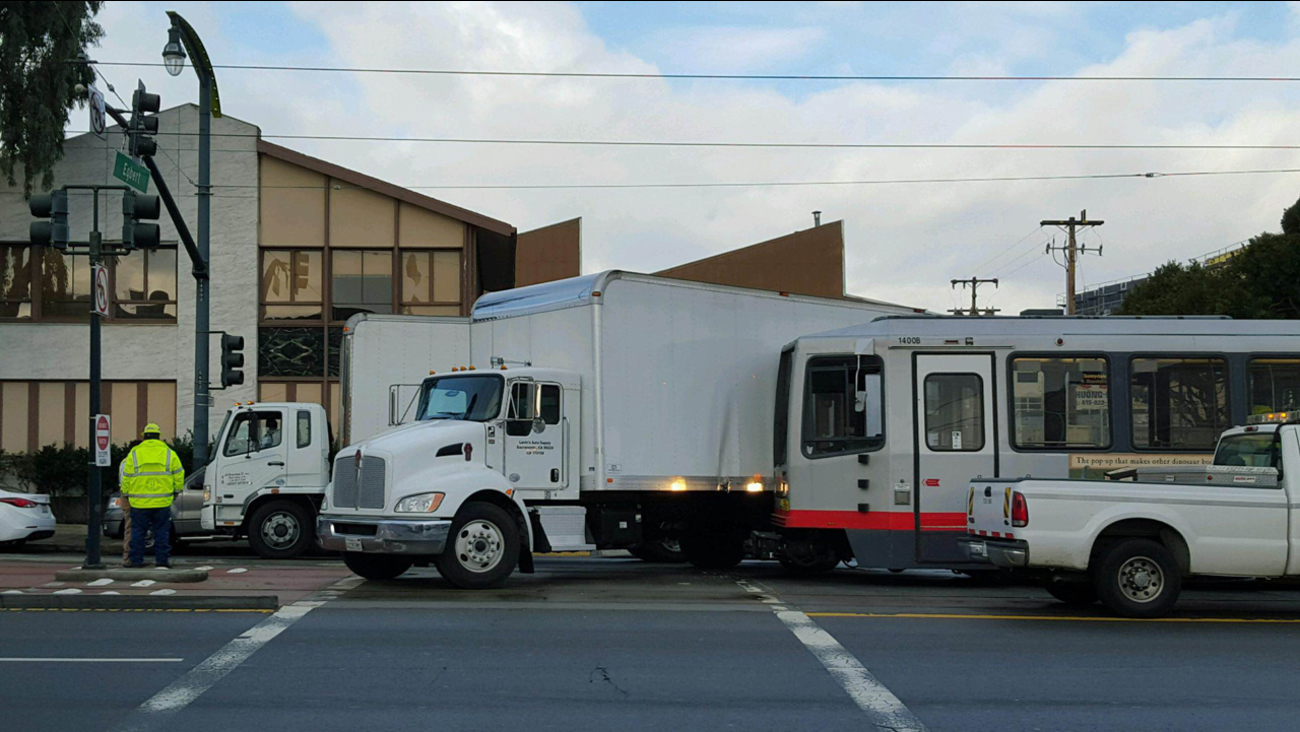 Five people have been transported to the hospital after a Muni train got into an accident with a truck, Monday, January 4, 2016. (KGO-TV)

SAN FRANCISCO -- Five people were injured in a crash between a San Francisco Municipal Railway light-rail vehicle and a truck in the city's Bayview District this morning, Muni and fire department officials said.

The collision was reported around 9:15 a.m. in the area of Third Street and Egbert Avenue, San Francisco fire spokeswoman Mindy Talmadge said.

The truck apparently made a left turn in front of the Muni vehicle. The Muni operator and four passengers reported neck and knee injuries and were taken to a hospital, Muni spokesman Paul Rose said. The injuries are not considered life-threatening.

Talmadge said fire crews cleared the scene as of 10:08 a.m.