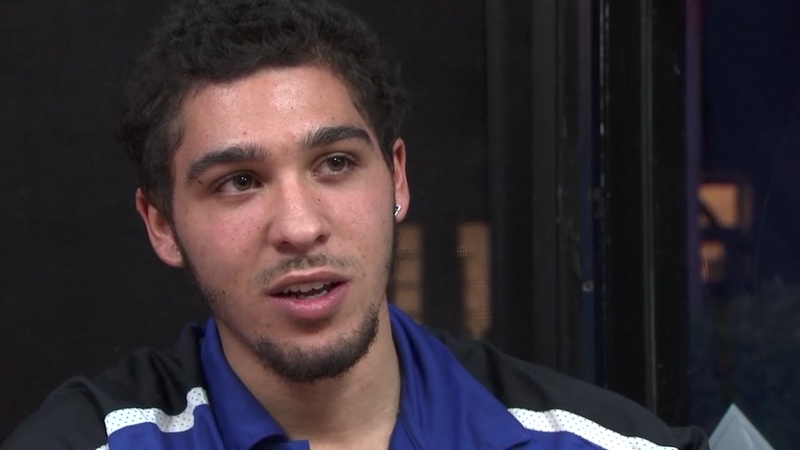 SAN FRANCISCO (KGO) -- The man who was allegedly attacked on a Muni train by two passengers, because he was playing his music too loudly, is talking about his now viral experience. The altercation was caught on tape.

Dexter Lotz described what it was like to be at the center of a viral video.

People are expressing outrage after two videos of a fight on a Muni train were posted on social media.

He was recently riding Muni, playing his music, when he says a fellow passenger confronted him. "He said, 'Are you getting off?' I said, 'Do you have a problem with my music?'"

Lotz says the man put him in a chokehold, while another passenger stepped in to help restrain him. Passengers can be heard in the video telling the men to let him go.

One of the passengers threw Lotz' skateboard out the door and then both men are seen shoving him off the train.

Muni spokesperson Paul Rose has seen the video. "We ask people not to play music, but we never want to see people take on issues on their own."

He also told ABC7 News that he's been asked to turn his music down before on Muni. "If someone would have asked me to turn it down, I would have done that."