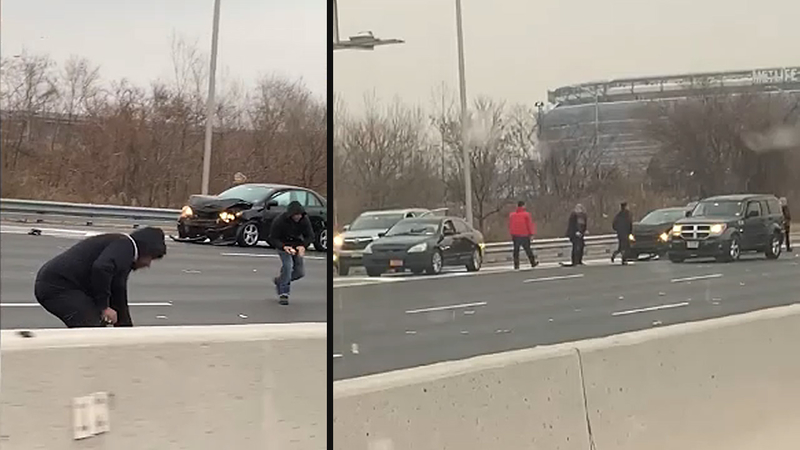 EAST RUTHERFORD, New Jersey -- Money rained down on a New Jersey highway Thursday morning, leading to several crashes as motorists stopped and scrambled to pick up the cash.

It happened around 8:30 a.m. on Route 3 in East Rutherford during the height of the morning commute.

RELATED: Bank of America ATM temporarily shut down after witnesses say it was giving out $100 bills

Police say they received a call of a Brinks armored truck spilling cash across the western lanes. At this point, it appears the armored truck had a malfunction of one of its doors, causing it to become unsecured.

It is unknown how much money ended up on the roadway or if those who collected it will be allowed to keep it.

Authorities were seeking videos of the incident, to track down both those who possibly stole cash and people involved in the accidents.

"We can confirm that there was an incident with one of our trucks this morning, which we are investigating," Brinks told Eyewitness News in a statement.

Detectives are investigating, and anyone with information or video of the incident is urged to police at 201-438-0165.